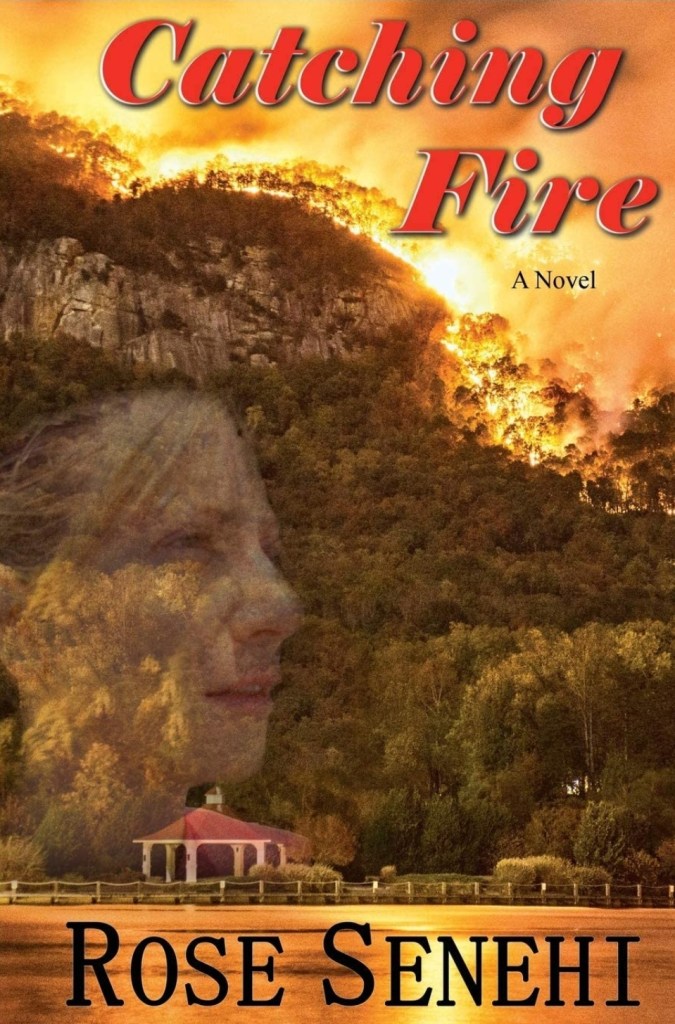 Autographed copies of the novel Catching Fire by Rose Senehi, a novel based on the events surrounding a local wildfire in 2016, were recently given to members of Sunny View Fire and Rescue.

SUNNY VIEW – Earlier this month, members of Sunny View Fire and Rescue received autographed copies of Catching Fire, a novel based on the large wildfire that burned 7,000 acres in nearby Rutherford County nearly seven years ago.

First reported on November 5, 2016, the Party Rock Fire scorched large swaths of wilderness in and around Lake Lure, Chimney Rock, and Bat Cave. The infamous fire led to the largest request for mutual aid the State of North Carolina had ever seen. Many residents faced mandatory evacuations.

Almost a year later, in September of 2017, a 17-year-old pleaded guilty to starting the fire while disposing of a lit cigarette.

Catching Fire, by Chimney Rock author Rose Senehi, was published in 2018 and received the 2019 Historical Book Award from the N.C. Society of Historians. Senehi has received multiple awards for her books, many of which are based in the mountains of Western North Carolina.

Senehi paid tribute to the men and women of Sunny View Fire and Rescue for their role in putting out the fire by giving each member of the department an autographed copy of Catching Fire.