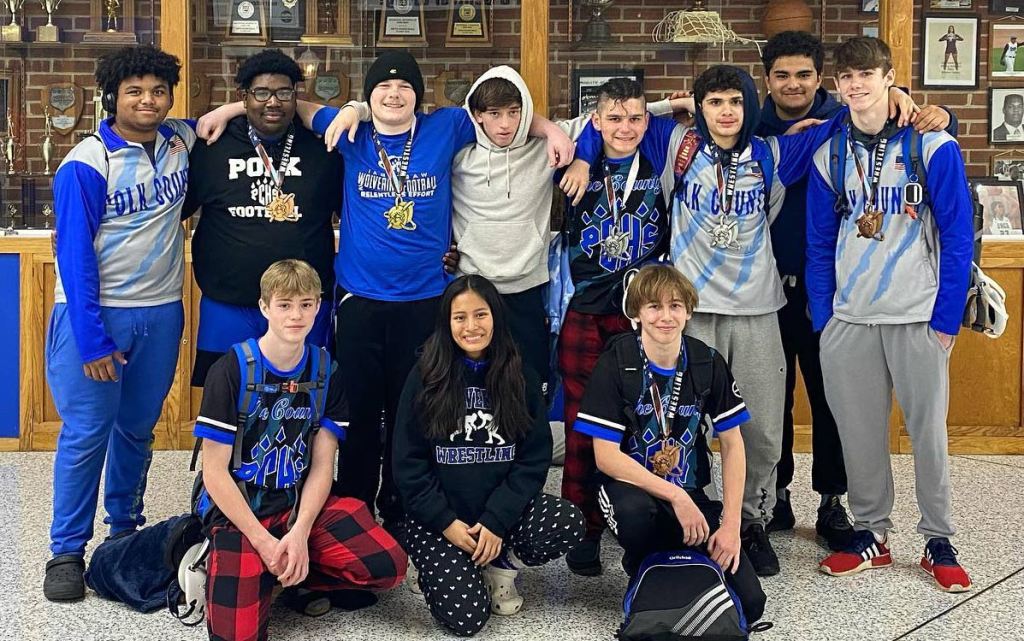 Jadyn Virgil now has a conference championship to add to his growing list of accolades as a Polk County wrestler.

Virgil pinned R-S Central’s Randall Dunn to open his day, then pinned the second seed in the bracket, Patton’s Kamden Stephens, to reach the championship match.

Brevard’s Zion Brown upset top seed Alex Ashley of Hendersonville in his semifinal, and Virgil then took care of Brown, winning a 7-2 decision. Virgil raced to a 7-1 lead after the first period, including a near fall, then protected the lead the rest of the match to earn his conference title and join Collier Foster as Wolverines with MF7 individual crowns.

Virgil now has a 38-8 record and has yet to lose to a North Carolina 2A wrestler this season.

But Polk County’s day was not all about Virgil’s success. Three other Polk wrestlers – each a freshman – reached championship matches in their respective weight classes and earned second-place finishes. Amon Villarreal lost a tough 3-2 decision on a late takedown to R-S Central’s Alex Lopez at 120 pounds, with Carson Bell also taking second at 138 pounds and Zalen McCraw losing a 4-1 decision to Brevard’s Jacob Stockton at 160 pounds.

Polk County will return to regular-season team competition on Wednesday, celebrating Senior Night with a tri-match against R-S Central and East Rutherford. The R-S Central encounter will be a conference match. The action begins at 5 p.m.