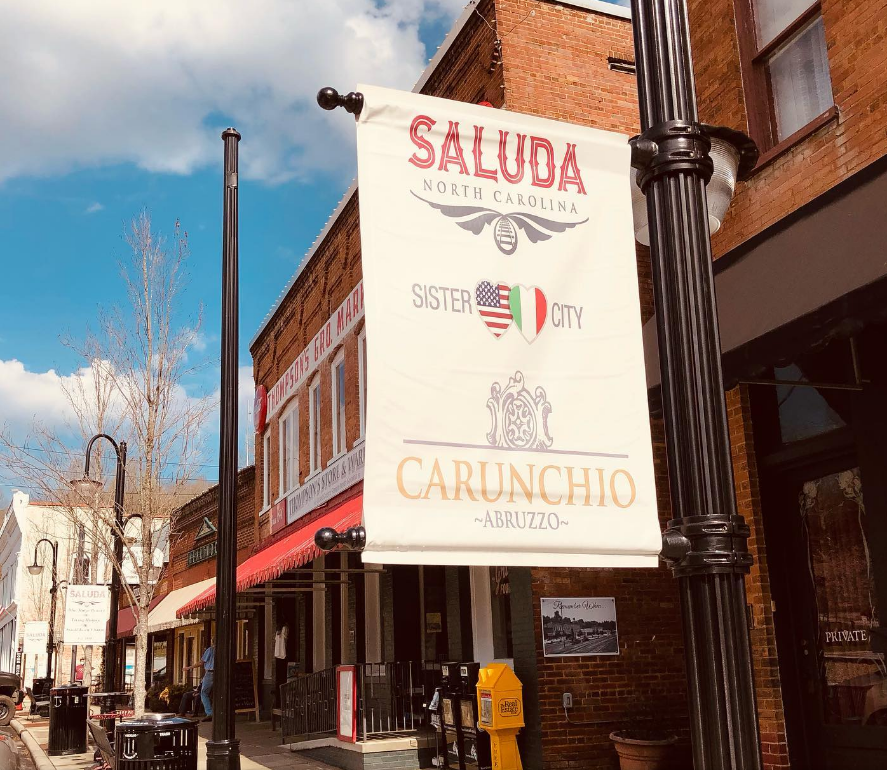 Citizens of Saluda are planning a trip to its Sister City of Carunchio, Italy, in 2024. (Photo courtesy of Saluda, NC Facebook page)

SALUDA – Earlier this month, it was announced that citizens of Saluda are planning a trip to Carunchio, Italy. The trip is slated to take place in 2024.

Carunchio is a beautiful town in Italy’s Abruzzo region that became the Sister City of Saluda in 2016. In May of that year, former Saluda City Commissioner Lynn Cass and Carunchio Mayor Gianfranco D’Isabella met before the Carunchio City Council in a ceremony that made the relationship between the two communities official.

As Sister Cities, the long-term partnership between Saluda and Carunchio is meant to develop economic and cultural ties between the two communities.

Saluda and Carunchio are similarly situated – both enjoy hilly and mountainous terrain and have a similar climate. Interestingly, both towns sit at the same latitude and altitude, and have nearly the same population density.

Noting their commonalities, the cities were quick to join together in hopes of helping each other thrive. 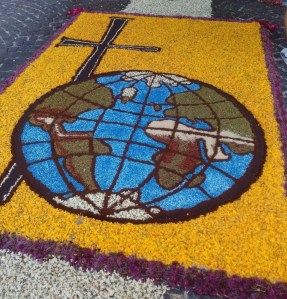 Celebrating local food, art and music are also themes that Saluda shares with its Sister City. While Saluda enjoys its annual Coon Dog Day Festival, Carunchio has the Infiorata Festival, a unique event in which citizens decorate the streets with intricate floral displays of the Eucharist and other religious designs. Those who participate in next year’s trip will attend the festival, which celebrates culture, religious faith, and art.

The City of Saluda plans to host a reception to welcome its special guests while they are in town from February 8 to February 14.

Reservations for the trip to Carunchio are now available to Saluda residents, with plans to depart near the beginning of June of 2024. There are 12 rooms available at $2,500 per room, and the trip is all-inclusive except for air travel. For more information contact jdt@jdthompsonlaw.com.