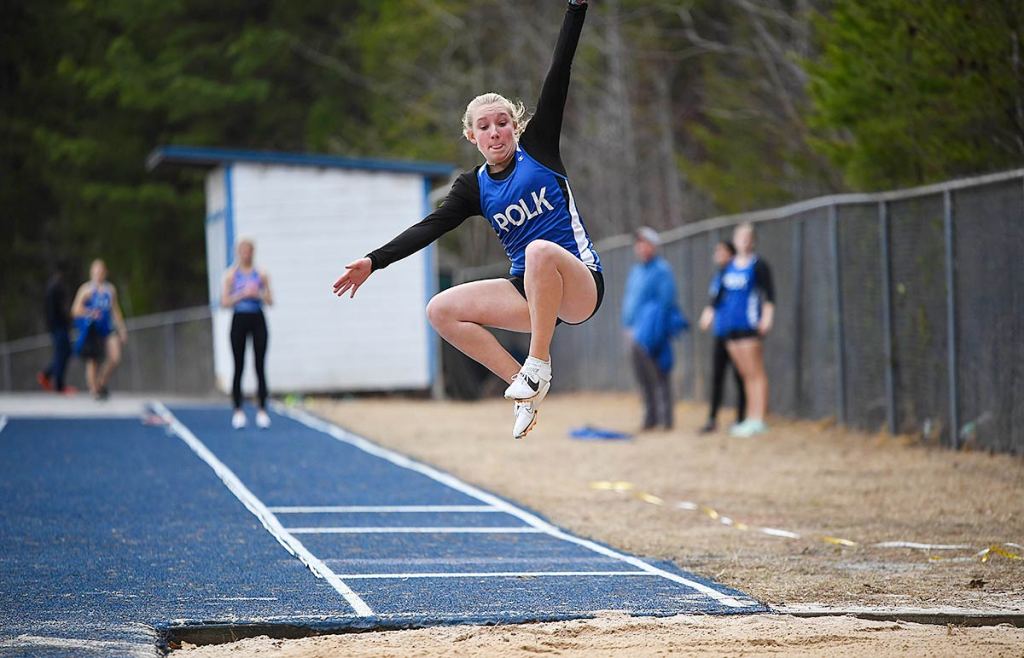 West Henderson and R-S Central also finished 1-2 in the girls chase, with Brevard in third and Polk County taking fourth.

Polk’s Nathaniel Rhein had the lone individual event win of the day for the Wolverines, soaring 40-6 to win the triple jump. Rhein broke the 40-foot mark for the first time in the event and his jump is the fifth longest in the state this season for 2A/1A athletes.

Polk’s girls team had a trio of third-place finishes, those from Maggie McCammon in the high jump, Elizabeth Vitale in the pole vault and Lindsey Dotson in the shot put.

The Wolverine teams are set to next be in action on Saturday, Jan. 28, hosting the WNC Polar Bear Championships.