Scoreboard not on Wolverines’ side in loss to Flat Rock 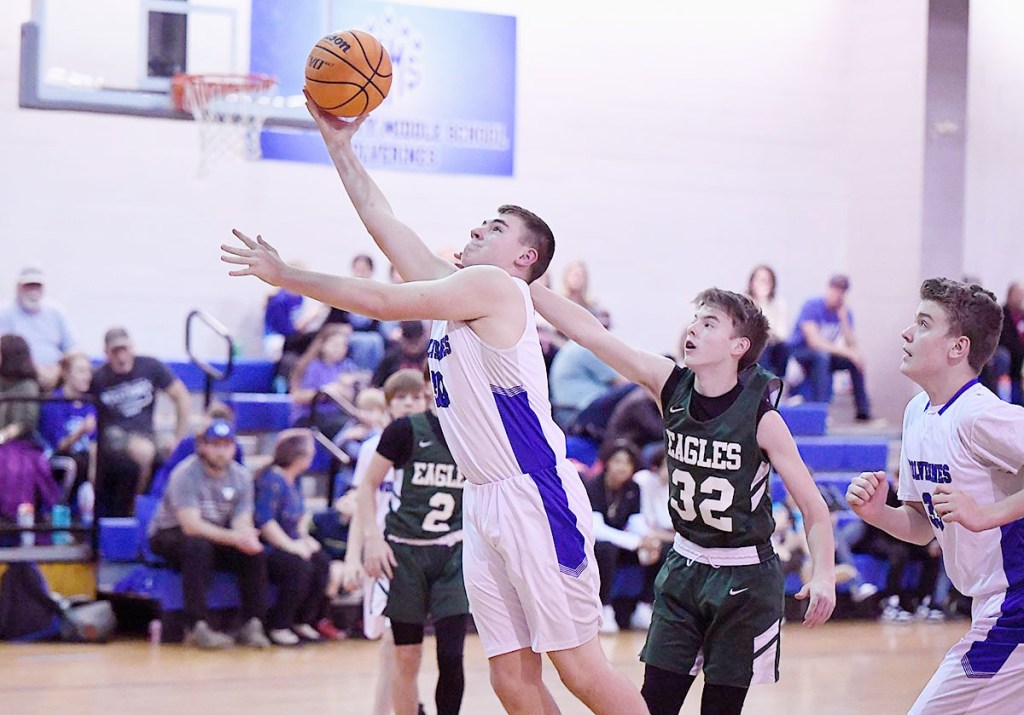 An issue with a circuit breaker caused the scoreboard buzzer in Polk’s gym to begin sounding and not stop for several minutes. School officials raced to solve the problem, eventually doing so, though the scoreboard had to be kept off for the remainder of the evening.

That led to sights such as game officials walking around the gym after the third quarter to inform fans of the score, which stood in Flat Rock’s favor and remained that way as the Eagles posted a 33-26 victory.

The Wolverines had 3-pointers in the second period from Brody Wilkins and Dallas Littlejohn and fought back to within 19-12 at halftime. But East’s Colton Gilliam buried a 3-pointer to open the third period, and the Eagles maintained a comfortable margin throughout the second half.

Keyan Simpson added two points for Polk Middle, which will host Brevard Middle on Wednesday for its final home game of the season.