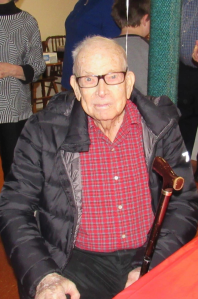 A native of Polk County, he was the son of the late William McKinley and Annie Mae Lindsey McCurry.  He proudly served in the Army during the Korean War.  Many local people often referred to Billy by his nickname “Wackle”.  In his younger years, he was very involved with local sports and was a member of the Lynn Championship Fast Pitch Softball Team.  He also loved the Atlanta Braves, fishing, and hunting.  Billy was employed by General Electric and retired in 1992. He was a longtime member of Lynn First Baptist Church where he previously served as a deacon.

A funeral will be held at Lynn First Baptist Church at 2:00 p.m. on Thursday, January 12, 2023, with Rev Jimmy Owens and Rev. Aaron Pruitt officiating.