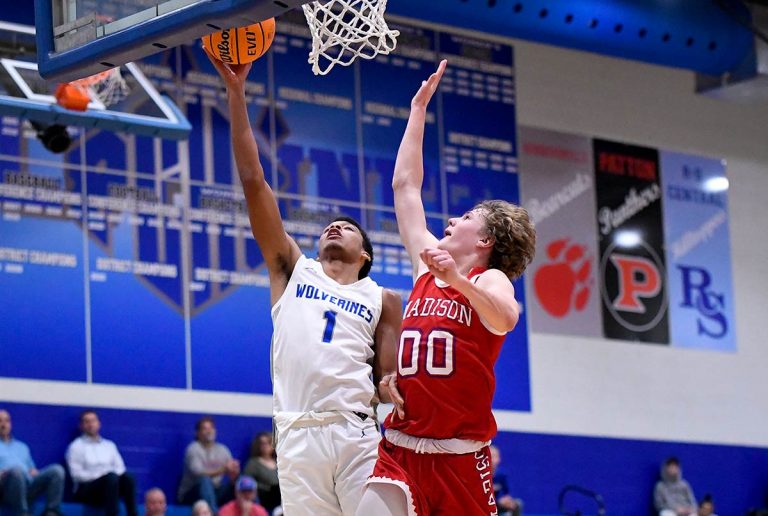 The Wolverines picked up their first win since Dec. 6, taking a 56-50 win over the Patriots in a non-conference boys basketball battle at Polk.

How it happened: Close games have become a norm for Polk County in the past month. In its six-game streak, the Wolverines lost four times by 10 points or fewer.

A tight matchup throughout the first half tilted in the Wolverines’ favor late in the third period, with Wayne Carson scoring a traditional three-point play and Mackus Simpson draining a 3-pointer to give Polk a 41-30 advantage at quarter’s end.

The lead was still at 10 early in the fourth period when Madison began to rally, with Abram Allison hitting two 3-pointers in a 12-4 run that cut the Polk lead to 45-42 with 5:11 remaining.

Antonio Simpson’s 3-pointer halted that surge, and another Simpson basket with 3:26 to go gave the Wolverines a 52-45 edge. Madison, though, responded with the next five points to make it 52-50 with 1:58 remaining.

That would be the end of the Patriots’ scoring as Polk’s defense and rebounding kept Madison in check. Kris Littlejohn hit 3-of-5 free throws down the stretch to secure the Wolverine win.

Antonio Simpson had 18 points to pace Polk, with Littlejohn scoring 10 of his 14 points at the foul line.