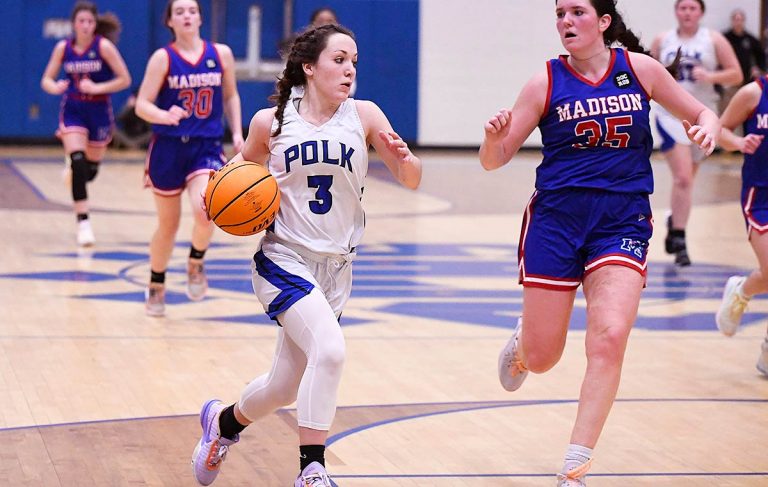 A fourth-quarter surge pushed Polk County to a 60-44 victory Wednesday over Madison in a non-conference girls basketball meeting at Polk.

How it happened: Polk County built a 31-20 lead at halftime, and Charley Dusenbury opened the third quarter with a 3-pointer to extend the advantage to 14 points.

But Madison began to rally, relying on its full-court pressure defense and pounding the ball inside to 6-2 senior center Ella Capps to steadily chip away at the deficit. The Patriots were able to pull within a single point, 39-38, at the end of the third quarter.

But Polk freshman Bailey Staton opened the fourth period with a 3-pointer, then hit three free throws during the next minute. Kylie Lewis scored four straight points and Staton added three more free throws as Polk surged to a 52-38 lead with 3:33 remaining.

Madison’s Sarah Ball finally tallied for the Patriots with 3:20 remaining, but Polk would never lead by less than 10 points the rest of the game.

Staton had a career-high 29 points, including an 11-of-16 effort at the foul line.