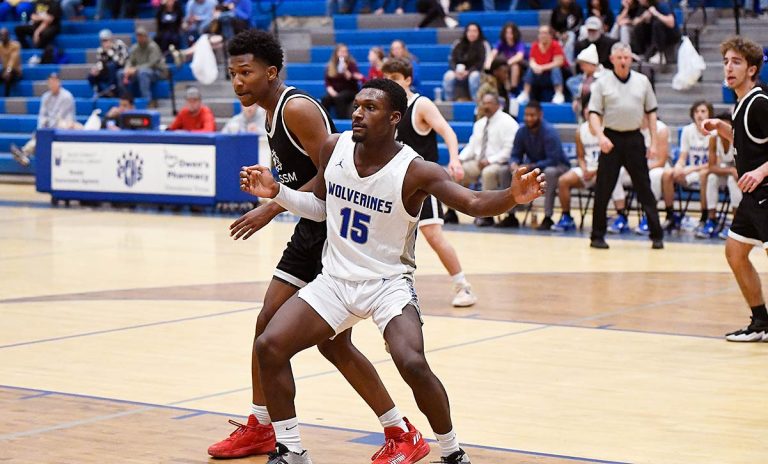 R-S Central took command of Tuesday’s game with Polk County just before halftime, then held off a late Wolverine rally to claim a 65-53 victory in boys basketball action in Rutherfordton.

The Hilltoppers pushed the lead to 35-18 before Aaron Jackson’s short jumper with 6:33 left in the third period broke the Polk scoring drought.

The Wolverines began to rally, getting the deficit into single digits early in the fourth quarter and closing to within 54-49 with 3:14 remaining. But R-S Central’s Jaiden Coston hit one of his four 3-pointers with 2:57 remaining to push the lead to eight and stymie the Wolverine comeback.

R-S Central sophomore standout Zymicah Wilkins finished with a game-high 25 points and 11 rebounds, with Coston and Braxton Crocker each adding 15.