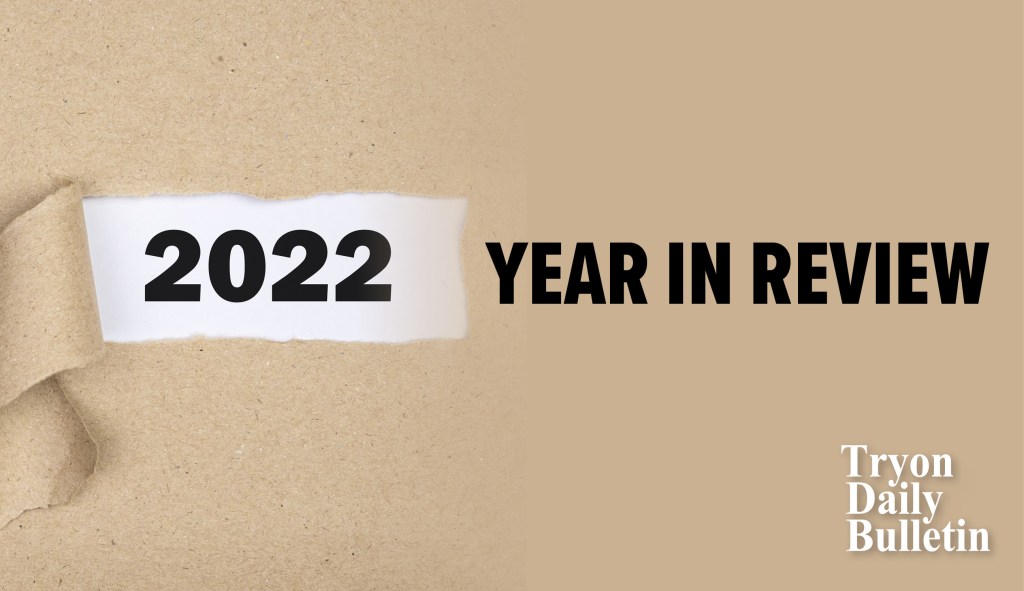 Editor’s Note: Over the next several issues, we will publish our annual look back at some of the top stories, newsmakers and images that shaped the year. Following are several of the top stories published in the Bulletin in April, May and June of 2022.

Beginning on March 31, Trot into Tryon rolled into town and stayed at Harmon Field until April 3. Tryon Downtown Development Association (TDDA) and The Carolinas Airstream Club are sponsoring this event. The Carolina Airstreamers stage rallies in small towns for the purpose of boosting the local economy by exploring businesses and restaurants. 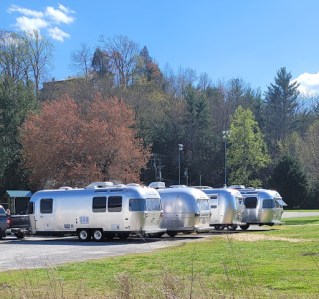 Polk County deputies were involved in a high-speed motorcycle pursuit. The pursuit ended after the subject attempted to escape on foot after the motorcycle was abandoned. The subject was identified as Collin Jasiah Mills.

The remains of a dead fox were found off Little Mountain Road in Polk County. Around the same time, an incident where a fox suspected to have rabies attacked a dog. The body of the fox was sent to the North Carolina State Lab, where it tested positive for rabies.

On April 11, Polk County Sheriff’s Office requested assistance from Rutherford County Sheriff’s Office’s Criminal Apprehension Team (C.A.T.) with locating a suspect who may be involved with a September 2020 overdose death that occurred on Red Dog Lane in Columbus. The following day Lamar Eugene Cannady, 48 of Tryon, was located and arrested without incident in Ellenboro, N.C. by the Criminal Apprehension Team

Tractor-trailer catches fire on I-26 near Saluda

Saluda Fire and Rescue was dispatched to a tractor-trailer fire on I-26 Eastbound. The fire was under control in about 15 minutes and completely extinguished in about 30 minutes.

According to officials, the tractor-trailer blew a back tire, which caused friction that sparked a fire. Another back tire blew, and at that time, the fire had spread to the trailer. The driver was able to pull off the interstate and exit the vehicle safely. 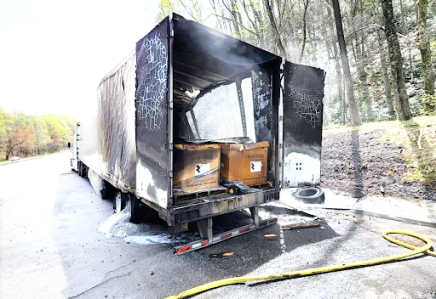 One airlifted to hospital after accident on U.S. 74

On April 10, Columbus Fire Department and Mill Spring Fire Department responded to an accident on I-74, mile marker 167, in which a passenger was trapped in a vehicle after wrecking.

One person had managed to get out of the car and was transported by ground to the hospital. The person who was trapped inside the vehicle was airlifted to Spartanburg Regional.

You could not have asked for a more perfect spring day for the 74th running of the Block House Steeplechase on April17. From the elaborate tailgate parties, to the men’s wild pants and ladies’ fun hats, the atmosphere was festive, competitive and classic steeplechase. The race winners were: Make A Stand, Going Country, Jump Ship and Boulette. Total purse for the day was $90,000 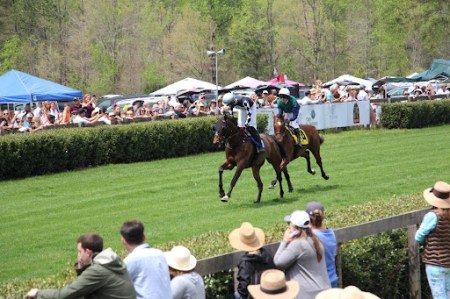 In October of 2021, the Polk County Sheriff’s Office charged Stepp with misdemeanor animal cruelty charges, and she was given a $15,000 bond.

Landrum Fire Department and Landrum Fire and Rescue were dispatched to an accident involving three vehicles in downtown Landrum on E. Rutherford St. 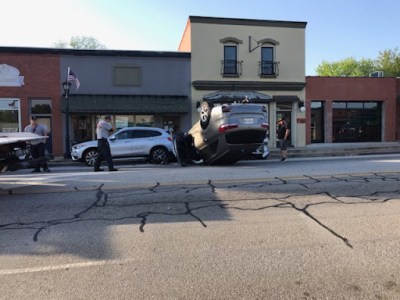 According to officials at Landrum Police Department, 12 burglaries occurred in Landrum at 5 different addresses on Redland Road. Four wallets and credit cards were stolen from the vehicles, and one weapon was stolen from a vehicle in another city. Officials say the suspects also took change from the vehicles.

On the morning of Monday, May 2, Polk County deputies attempted to stop a stolen vehicle in Green Creek on Hwy. 9. The vehicle was reported stolen from Spartanburg. When the driver failed to stop, a car chase ensued and continued into Lake Lure where the driver ultimately wrecked the vehicle. After attempting to escape on foot, Joshua Demarko Lyles, 42 of Spartanburg, was apprehended.

One person sent to hospital after hazardous chemical situation in Tryon

Emergency responders in Tryon responded to a hazardous chemical situation in the Godshaw Hill community. Officials transported a resident from their home in Godshaw Hill to Spartanburg Regional by ambulance. According to officials at Tryon Fire Department, pool chemicals had been improperly mixed and then off-gassed chlorine, resulting in a hazardous chemical reaction. North Carolina HAZMAT team arrived on the scene. Later that day, the situation was no longer a threat to the public, however, some units remained on scene to monitor conditions.

Mill Spring man pleaded guilty to rape of a child

Roger Conner McIntosh, 39 of Mill Spring, pleaded guilty to multiple charges, including two counts of statutory rape of a child under fifteen years of age. McIntosh also pleaded guilty to two counts of indecent liberties with a child, two counts of sex acts by substitute parent or custodian and one count of statutory sex offense with a child under the age of fifteen. McIntosh was sentenced to jail for a minimum term of 166 months to a maximum term of 260 months. He was also ordered to register as a sex offender for thirty years upon his release and is under a no-contact order with the victim.

A group of Polk County citizens continues to work with school administrators at Polk County High School to address community challenges to the presence of a few books in the school media center. PCHS Principal Dr. Brandon Schweitzer answered questions about the book challenge process during the monthly meeting of the Polk County Board of Education. Schweitzer noted that the committee, which meets bi-weekly, was initially formed after complaints were received about 16 books in the school’s media center. Two more books have since been challenged. None of the complaints originated from students but instead came from community members.

In a short period of time, Polk County response teams responded to 10 drug overdose scenes, and 3 people have died as a result of some of the overdoses.

It was announced that Big Bradley Falls in Saluda would be receiving upgrades to increase safety measures for those who decide to hike to the falls, which measure nearly 100 feet in height. Some of these upgrades would include stone steps leading down to a lookout point, as well as a 3-foot tall barrier wall surrounding the lookout point area.

Polk County Middle School had extra police presence on site after photos were circulated among students on a Thursday morning that gave administrators some concern.

According to Polk County Schools Superintendent Aaron Greene, there was a photo image shared among multiple students that “was intended to be a joke” but that “implied some type of threat to the school environment.” He said that it has been determined that the threat is not credible, and that disciplinary action would be taken if it is merited.

On June 6, Polk County deputies encountered a male suspect when responding to a trespassing call. When the suspect, Robert Daniel Stepp of Mill Spring, was spotted, he fled into a wooded area. A K-9 unit was requested to the scene by the deputies and K-9 Jumper was able to trace Stepp to a residence where he was ultimately arrested.

Fans of Shakespeare and lovers of outdoor theater enjoy performances 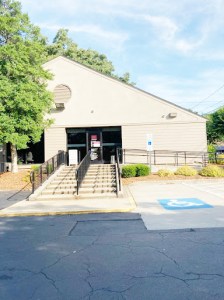 Paige Henderson, the executive director of Tryon Downtown Development Association (TDDA) since September 2020, resigned to take a similar position in her hometown of Boone, N.C.

Greek Creek Fire and Rescue was dispatched to a fire at a commercial structure on Calton Hill Road, just off Coxe Road. Green River Forest Products and Services suffered a 90% loss of a storage building where they kept firewood to sell. According to officials at Green Creek Fire and Rescue, the fire began the night before and was kindled once someone opened the door to the building

Five separate drug overdoses reported in Mill SpringFive separate narcotic overdoses were reported in Mill Spring at Tryon International Equestrian Center. The drug that caused the overdoses was suspected to be Fentanyl, according to officials at Polk County Sheriff’s Office. The incidents occurred first night of the Professional Bull Riders’ final pre-season event, the Tryon PBR Chute Out