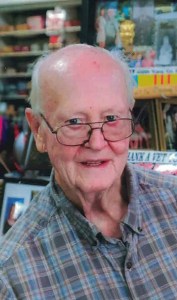 He was a lifelong resident of Saluda and was the son of the late Leland Morgan and Lucy Mae Russell Morgan. Leon was a proud Vietnam veteran having served in the United States Army and received numerous awards for his valor. Leon was a graduate of Saluda High School and was inducted into the Saluda School Hall of Fame for his life achievements. Leon was of the Baptist faith and a firm believer in the Lord. He preached sermons on the radio during the 1970s. He loved his town by serving sixteen years on the Saluda City Council and received an outgoing proclamation for his service to the community.

Leon was a custom builder, having built custom homes and commercial buildings in the area for many years including the first World of Clothing building. In later years, he built custom furniture and was a true craftsman having his pieces featured in Southern Living and Southern Accent Magazines.

He always had a love for history and antiques. He was the owner of M.A. Pace General Store and Somewhere in Time Antique Store. There you would find him reminiscing about days gone by and bragging about his daughters and grandchildren. When you entered the store, you might be a stranger but as you left you would be a friend for life.

In addition to his parents, he was preceded in death by an infant sister, Barbara Bernice; two brothers, Leland Ralph Morgan, Jr. and Larry Ronald Morgan.

Leon was a loving and very dedicated husband, daddy, and papaw.

Private burial will be held at a later date.