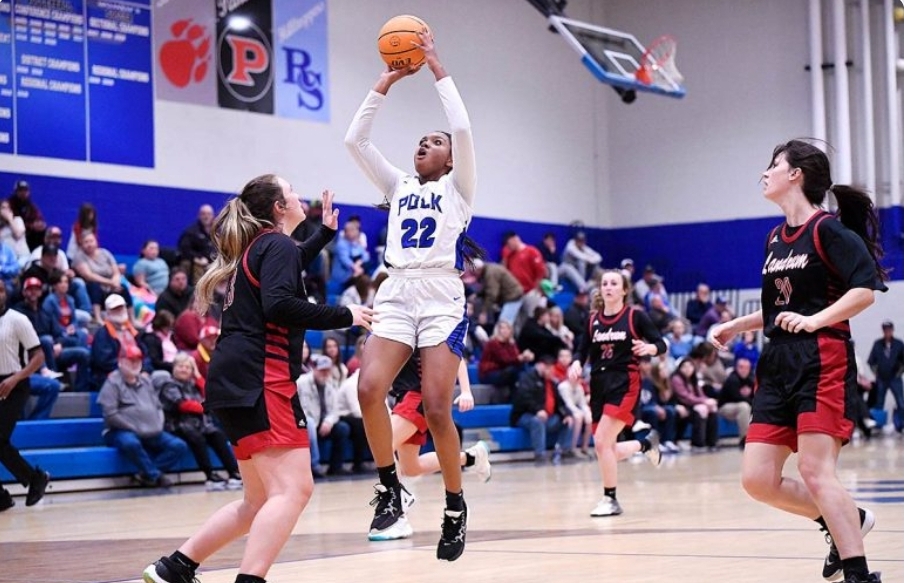 A scoring drought on one end, a team rarely missing on the other.

Landrum scored 30 unanswered points in a span of just more than five game minutes, that surge paving the path for the Cardinals’ 71-33 victory in a non-conference meeting at Polk.

The Wolverines dropped to 4-3 with the loss. Landrum improved to 6-3.

The teams battled evenly throughout the first quarter, with Bailey Staton’s basket at the one-minute mark of the period giving Polk an 11-10 lead.

Landrum would score the next 30 points, sparked by freshman Kylie Fortner, who had 11 points in the second period.

By the time Polk’s Mia Bradley scored a transition basket with 3:39 left in the second quarter, Landrum led 40-13. The Wolverines did surge late in the quarter, but still trailed 44-23 at the half and were outscored 23-3 in the third quarter.

Bradley finished with 11 points to pace Polk. Kylie Lewis had eight, while Staton, Polk’s leading scorer to date, was held to seven points.

Gavionna Carson, Brianna Gray and Exziah Staley each had two points while Charley Dusenbury added one.

Kaylee Cortez led Landrum with 22 points, with Fortner finishing with 18.