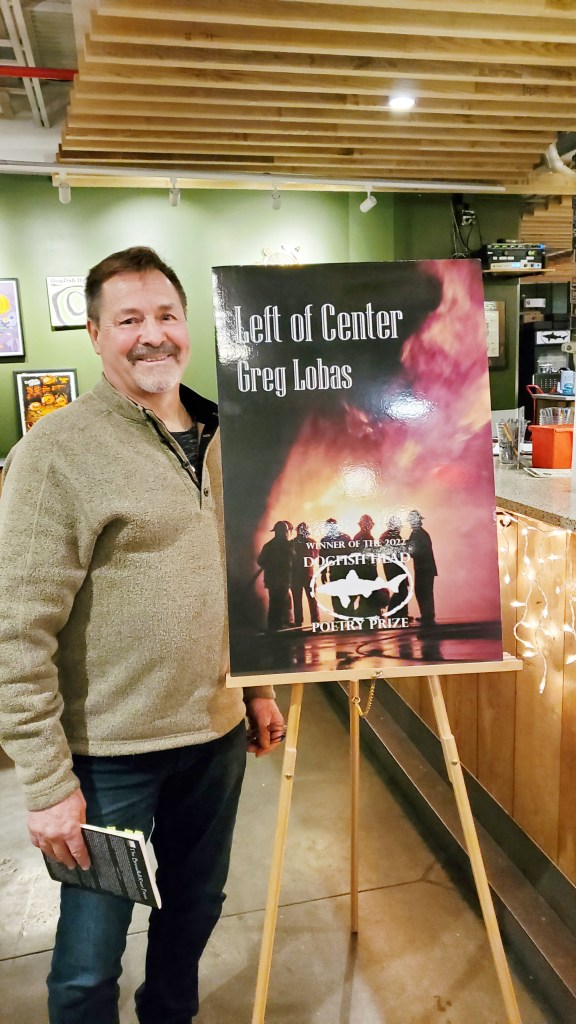 Lobas won the Award for his manuscript, Left of Center. His manuscript was chosen, from several hundred submitted, by final judge Michael Glaser, past Poet Laureate of Maryland.

“Left of Center offers us poems that are stunning and uniquely unusual⎯focused as they are on the exterior and interior experiences of a firefighter,” Glaser said of the winning entry.  “These poems, like firefighters themselves, ‘do remarkable things without making a big deal of it.’ ”

Lobas worked for 30 years firefighter and paramedic in Ohio before retiring to the foothills in 2011. He is very active in his church, where he sings in the choir and facilitates a men’s study group. He also enjoys hunting and hiking.

He has read his poetry numerous times at the Tryon Fine Arts Center and is scheduled to read at the Lanier Library in April, along with fellow poets Cathy Smith Bowers, Kathy Ackerman, and Lee Stockdale. He also teaches a poetry workshop at Isothermal Community College.

The annual prize includes the publication of the manuscript by Broadkill River Press, 10 copies of the published book, $500 in prize money, two cases of Dogfish Head Craft Brewed Ale, and a two-night stay at the Dogfish Inn.

“I worked on (Left of Center) for ten years,” Lobas said on Thursday. “ It’s gratifying to see it finally in print.”