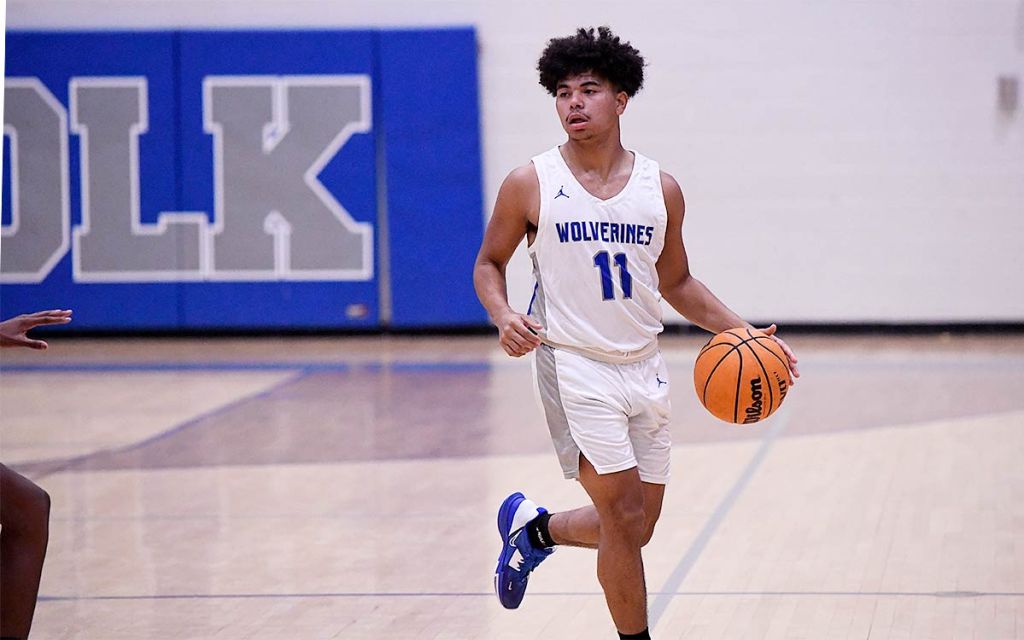 Mackus Simpson had 13 points in Tuesday's loss at Highland Tech

Highland Tech held off Polk County in the waning moments Tuesday to take a 64-61 victory over the Wolverines in boys basketball action in Gastonia.

The Wolverines dropped to 3-3 with the loss. Highland Tech improved to 4-3.

How it happened: Polk County led by seven late in the third quarter at 42-35, but the Rams rallied and grabbed a 46-44 advantage early in the fourth period.

The teams largely stayed tied or within a point or two of each other most of the fourth quarter. Polk held its final edge at 61-60, but the Rams scored to retake the lead.

The Wolverines then had a short jumper in the lane just miss, and Highland Tech’s Elijah Sherrill hit two free throws to push the Rams’ lead to three. Polk only had time for a long 3-point attempt that missed at the buzzer.

Highland Tech completed a series sweep of Polk with the win, having defeated the Wolverines 67-59 on Friday at Polk.

Next up: Polk County returns home Thursday to face Landrum.