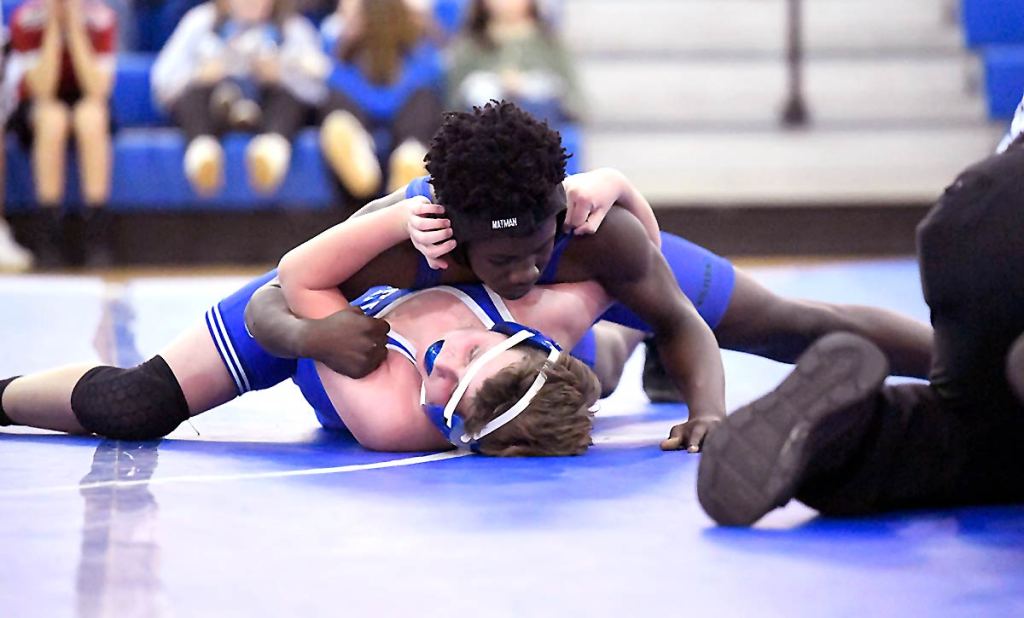 Two matches into Monday’s wrestling encounter at Polk County Middle and the Wolverines found themselves in an unaccustomed position – trailing.

The Wolverines rebounded with four straight match wins, then relied on their strength in the middle weights to hand Brevard Middle a 72-33 defeat in a Blue Ridge Conference match.

The win lifted Polk Middle to an 8-0 overall record and 4-0 in BRC East Division matches. The Wolverines close the first half of their East schedule on Thursday at Rugby Middle in what is expected to be Polk’s toughest division challenge to date.

With Polk down 11-0 early Monday, Liam Jackson began the Wolverines’ surge with a pin at 90 pounds. Efrain Rivera, Jaxtyn Virgil and Brody Wolfe did the same in the ensuing three matches to give the Wolverines a 24-11 edge.

Johnathan Sokil received a forfeit at 195 pounds and Talon Ramsey scored a pin at 220 pounds to complete the day for the Wolverines.