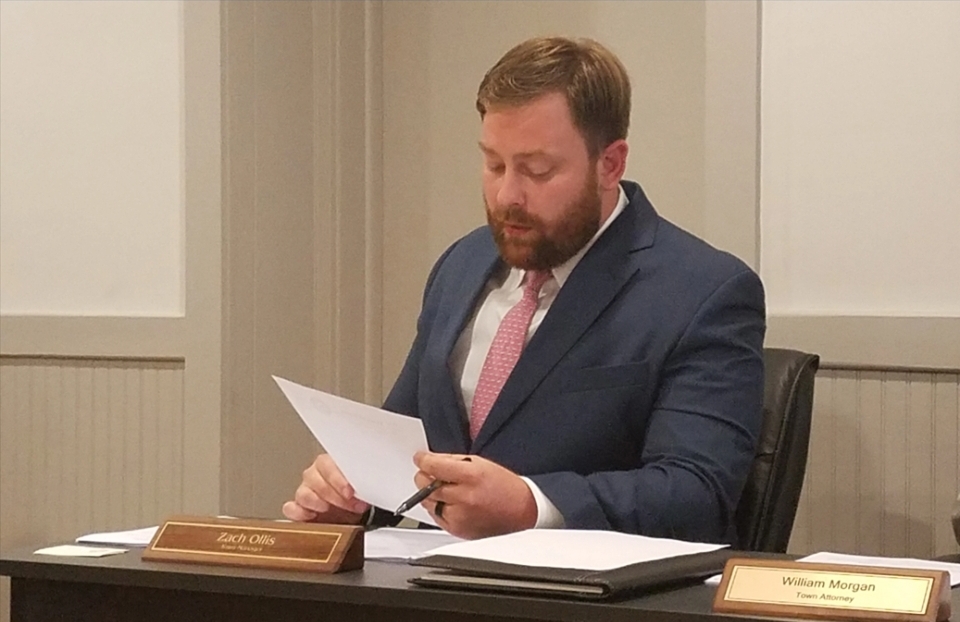 TRYON–Tryon will soon be saying goodbye to its long-time Town Manager Zach Ollis, as he has accepted the position of Town Manager of Cramerton, N.C.

Appointed as Tryon’s Town Manager in August of 2016, Ollis quickly made a name for himself, leading the way on numerous projects, such as the completion of Tryon’s Downtown Streetscape project which made downtown Tryon more walkable and ADA-friendly, the installation of Dallara Field, and the Pacolet River Restoration Project.

Over the years, Ollis would take charge of park expansions and land acquisitions, and was responsible for overseeing multiple service departments such as water and sewer, and parks and recreation.

“Tryon is home,” Ollis said Monday afternoon. “My family and I will miss the people and the relationships. I couldn’t think of a better place to raise a family.”

When asked what the town’s next move may be as it searches for its next town manager, Ollis said, “Mayor Peoples is working really hard in his search for a new full-time manager. However, as phenomenal as the staff is, things will be okay for the time being until a new manager is appointed.”

“I have been lucky to work with some of the best people I have ever known,” Ollis said. “They work their tails off day in and day out, weekends and holidays included, for a community that we all love. I am so thankful to have met each of them”

The town government of Cramerton, N.C. announced Ollis as the new town manager on Friday, December 9.