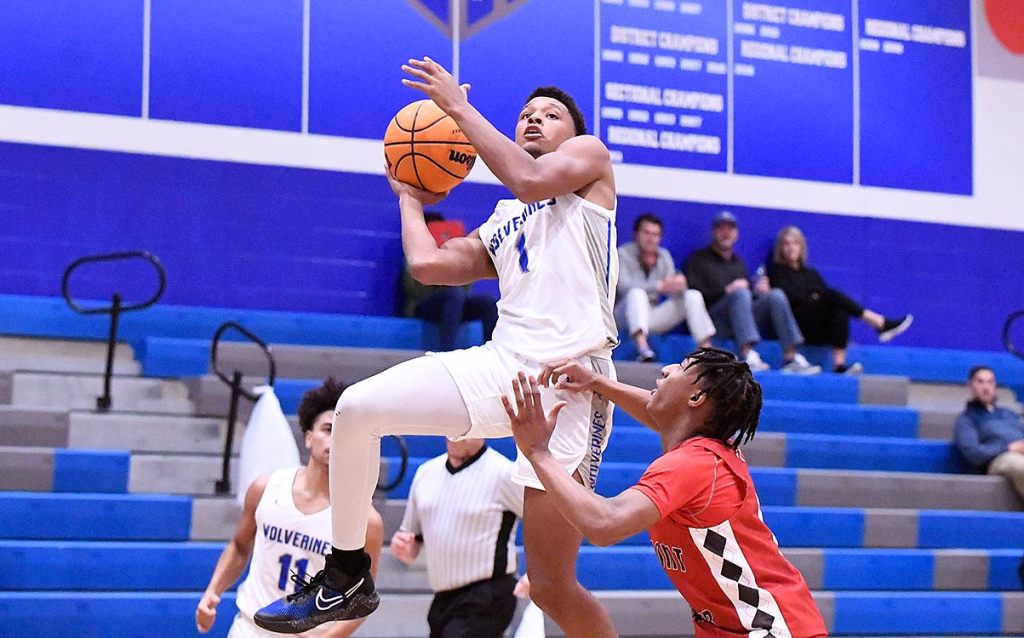 The Wolverines corrected many of the mistakes from Friday’s loss at Landrum and had four players score in double figures to pace a 72-62 non-conference victory over Owen.

The Warhorses (3-3) entered having not played in a game decided by more than nine points, including a season-opening loss to an East Rutherford team expected to contend for the Mountain Foothills 7 Conference title. That signaled to Polk head coach Lemont Jones that the Wolverines would need four focused, hard-fought quarters in order to secure a home win.

That’s exactly what the Wolverines (3-1) delivered. Polk never trailed in the game, though Owen did rally to even the score late in the second period and went into the locker room at half down just 33-32.

Khalil Watley’s 3-pointer to open the second half ignited a Wolverine surge that saw Polk take a 49-37 advantage late in the quarter on a Gunnar Alm jumper. Six different Wolverines scored in that 16-5 spurt that tipped the game in Polk’s favor.

“The kids played well,” Jones said. “They played hard. Owen made us play hard. I’m pleased with the effort.

“We’re trying to get more effort from everyone, and I challenged them to play hard. I thought we did that and we played with conviction.”

An Aaron Jackson steal led to a Kris Littlejohn 3-pointer just before the third-period buzzer, giving Polk a 52-39 advantage. Owen fought to get the deficit into single digits midway through the final eight minutes, but Polk went 10-for-15 at the foul line in the final three minutes to keep the Warhorses at bay.