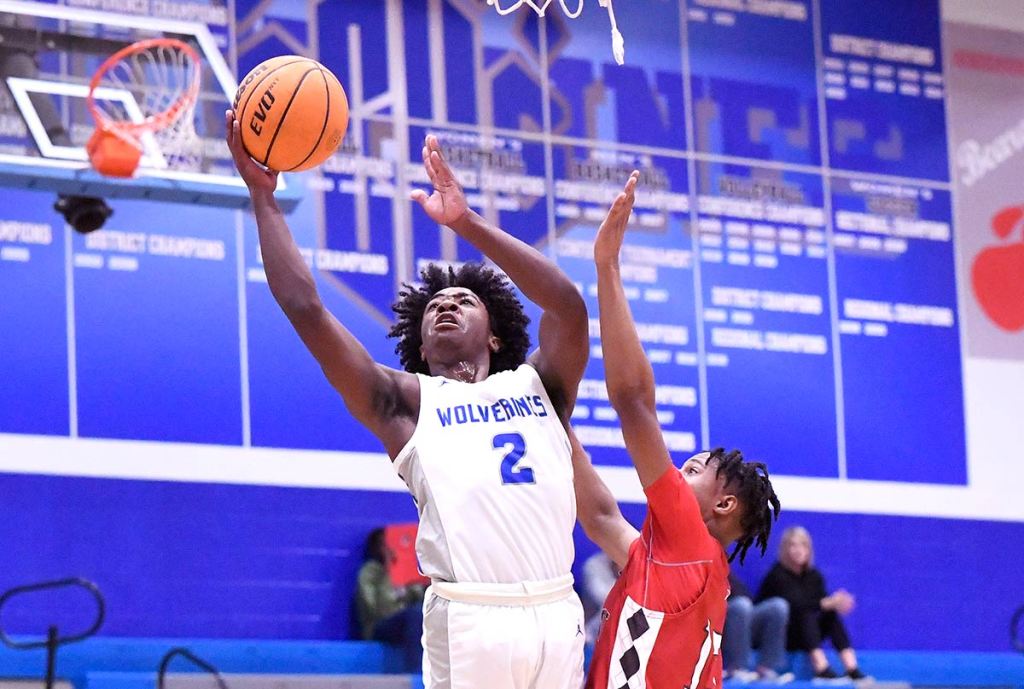 The Wolverines opened the 2022-23 season by overcoming that early margin and handing Piedmont Community Charter a 70-62 defeat in a non-conference matchup at Polk.

The Patriots (2-4) began the game with a 14-4 run, saw Polk pull within two early in the second period, then pushed the lead back to 24-17 with 5:52 left in the second period. The lead stood at eight entering the final minute, but Polk freshman Aaron Jackson drained a 3-pointer, then put back a missed shot just before the buzzer to cut the gap to 33-30 at the half.

The Wolverines trailed by seven early in the third quarter before putting together a run of 14 straight points, finally evening the score on an Avery Harden 3-pointer and taking their first lead at 39-37 on a Mackus Simpson layup. Keeping Piedmont’s offense in check and especially controlling the boards on both ends, Polk pushed its lead to 10 late in the quarter as Kris Littlejohn’s driving layup capped a 19-2 Wolverine surge.

The Patriots fought back to within two midway through the fourth period, but a Vincent Twitty basket and an Antonio Simpson 3-pointer upped the lead back to seven with 3:34 remaining. The Patriots drew no closer than four the rest of the way.

“It took us a while to get balanced,” Jones said. “We still don’t know everyone’s job, but that’s coming clear quick. But it was a good team effort.

“I thought we played well, played hard and played good defense. The guys had fun, and basketball should be fun.”

That Polk kept its first-half composure proved even more impressive given the absence of Littlejohn, who drew two fouls in the first 42 seconds of the game and spent the rest of the half on the sidelines. He returned to guide the Wolverine attack in the second half and finished with 10 points.

Antonio Simpson had a team-high 18 points, with Mackus Simpson adding 13. Jackson had seven points, with Harden and Khalil Watley each adding six.

Polk County is back in action on Thursday, hosting North Carolina School of Science and Math.