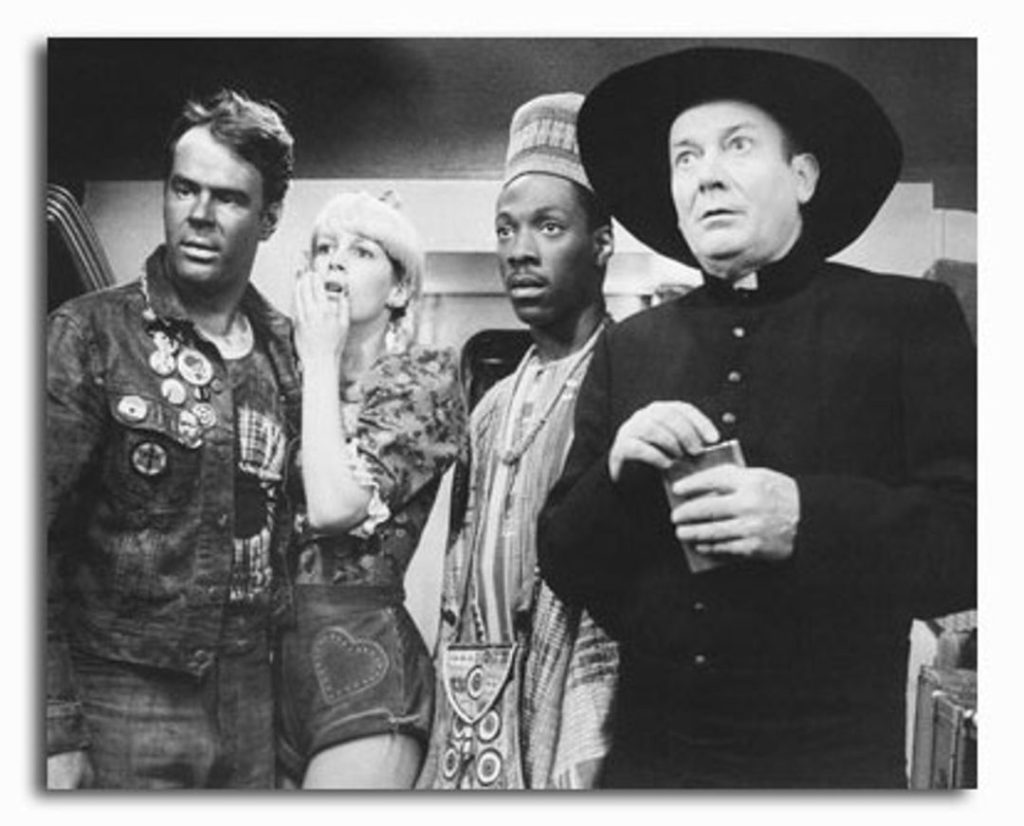 Trading Places will be shown at Tryon Fine Arts Center (TFAC) on Tuesday, December 13 at 7 p.m.

In the style of the 1930s screwball comedies, two wealthy, commodities trading brothers, played by Don Ameche and Ralph Bellamy, devise a plot to settle their ongoing argument about whether a person’s success is due to the circumstances of their birth (nature versus nurture) by using their wealth and influence to alter the lives of two men from opposite sides of the social spectrum.

The story has also been compared to Mark Twain’s The Prince and the Pauper. In 2010, the film was cited in testimony to reform insider trading in a passage in the Dodd-Frank Wall Street Reform and Consumer Protection Act known as the “Eddie Murphy rule”

The leading roles also include Jamie Lee Curtis in the main female role and the very familiar British character actor Denholm Elliott in the tongue-in-cheek role of the butler (both Curtis and Elliott received Best Supporting Actor awards from the British Academy Film Awards.). Eagle eyes may also spot some of the surprising castings in minor roles, including another duo from Saturday Night Live, Al Franken and Tom Davis, as train baggage handlers, and blues and rock star Bo Diddley as a pawnbroker. The Oscar nominated music score by Elmer Bernstein, also includes surprises such as arrangements from Mozart’s The Marriage of Figaro and Elgar’s Pomp and Circumstances March.

The TFAC Box Office and Bar will open half an hour before the movie begins to allow time for refreshments and a look back in time with some classic early cartoons.

For more information or to purchase tickets, please visit www.tryonarts.org/events or call TFAC at 828-859-8322.