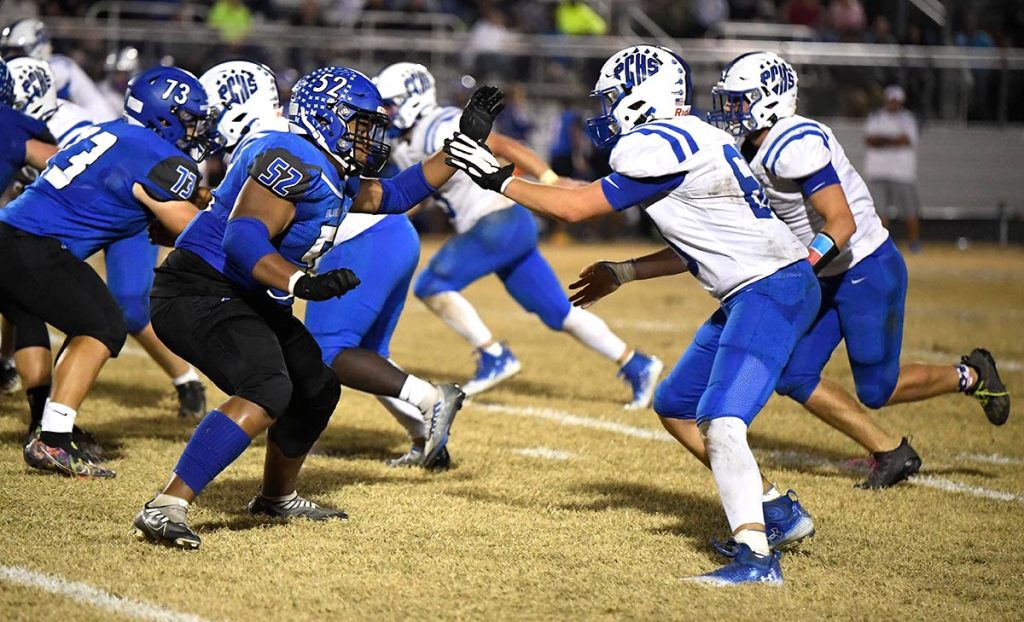 Polk County High School officials will state their case this week for Wolverine athletic programs to return to the 1A level.

Polk plans to present an appeal Tuesday to the North Carolina High School Athletic Association’s Board of Directors, seeking to be reclassified as a 1A school for the final two years of the current NCHSAA alignment. Wolverine athletic programs have been competing at the 2A level since the start of the 2021-22 season.

Officials from Chase will also file a similar appeal as the two schools plan to offer a simple option for the NCHSAA board – drop both schools to 1A, but leave the Mountain Foothills 7 Conference intact as a 2A/1A league. There are other conferences, including the nearby Western Highlands Conference, with two schools in a single class within the league.

Polk County and Chase are two of 19 schools that will present mid-alignment appeals on Tuesday. Other Western North Carolina schools scheduled to make appeals include Asheville and A.C. Reynolds.

PCHS principal Michelle Bean and Polk County Schools Superintendent Aaron Greene will present the school’s case to the board.

“We are negatively impacted, particularly during playoffs, by being classified 2A due to the ability of our school to have fair competition, which directly affects the experience and related success of our athletes,” said Polk County athletic director DeShane Briscoe.

“We are also negatively impacted because we have to share almost all athletes in multiple sports. This illustrates the small size of our pool of athletes, which makes it difficult for any sport to participate deep in the state playoffs.”

Polk County witnessed this firsthand during the recent 2A state football playoffs, encountering a Maiden squad in the first round that fielded a roster including some 25 seniors. The Wolverines dressed fewer than 25 players in several games during the season.

After enjoying a highly successful run in 1A from 2017-21, Polk County has found the going much tougher since returning to 2A and joining the Mountain Foothills 7 Conference. The Wolverines have won just two conference championships to date (boys track, volleyball) and have only had four winning records in any team sport – 2021 football (7-4), 2021-22 girls basketball (13-9), 2021 boys tennis (10-6) and 2022 volleyball (23-4). Polk has just four playoff wins at the 2A level, three of those coming in volleyball.

Polk County is one of the smallest schools competing in 2A. Previous NCHSAA alignments had been done strictly by each school’s Average Daily Membership (ADM) number. But the NCHSAA and its Realignment Committee opted to use a new approach for the 2021-25 alignment, with ADM part of a formula that included NCHSAA State Cup performance and the percentage of students at a school receiving government assistance based on United States Department of Agriculture standards. That combination of factors led to Polk County being moved up to the 2A classification.

Since that time, though, the NCHSAA and the North Carolina State Board of Education signed a Memorandum of Understanding that allowed the NCHSAA to continue to oversee high school athletics in the state. That MOU came at the insistence of the North Carolina General Assembly, which required the two parties to have a formal relationship, and included a clause that “the NCHSAA shall align participating schools into conferences in a fair, impartial, and transparent manner, based primarily on geographic location of the schools, division classification, and average daily membership.”

Polk County officials feel that going solely by ADM, the school should be reclassified to the 1A level.

The Board of Directors is expected to announce its decision on both appeals during the NCHSAA Winter Meeting set for Wednesday and Thursday.