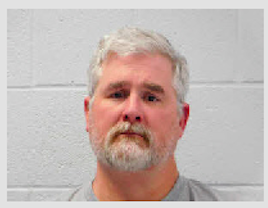 Taylor, 49, has been charged with indecent liberties with a student and booked into Polk County jail, according to Sheriff Tim Wright. He was released later released on a $50,000 secured bond, and will have his first court appearance on December 7.

Polk Schools Superintendent Aaron Greene says that he cannot comment on student or personnel matters at this stage. Taylor has been placed on administrative leave by the Polk County School system.

This article has been updated as details have developed.