Single-vehicle accident sends one to hospital 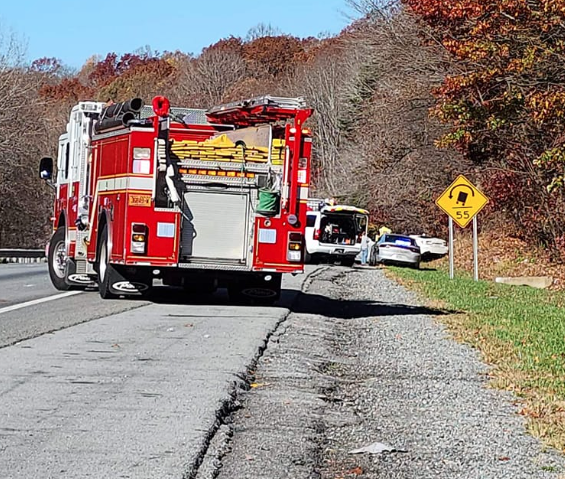 SALUDA––Tuesday morning around 9:40, Saluda Fire and Rescue were dispatched to a single-vehicle accident on I-26 westbound.

Saluda Fire and Rescue and Columbus Fire Department arrived on the scene at mile marker 61, where officials say a vehicle flipped once and landed on the bank by the interstate.

One injury was reported from the accident, and the individual was transported to Spartanburg Regional by ambulance. Officials shut down one lane of westbound traffic for about 15 minutes while they cleared the scene.