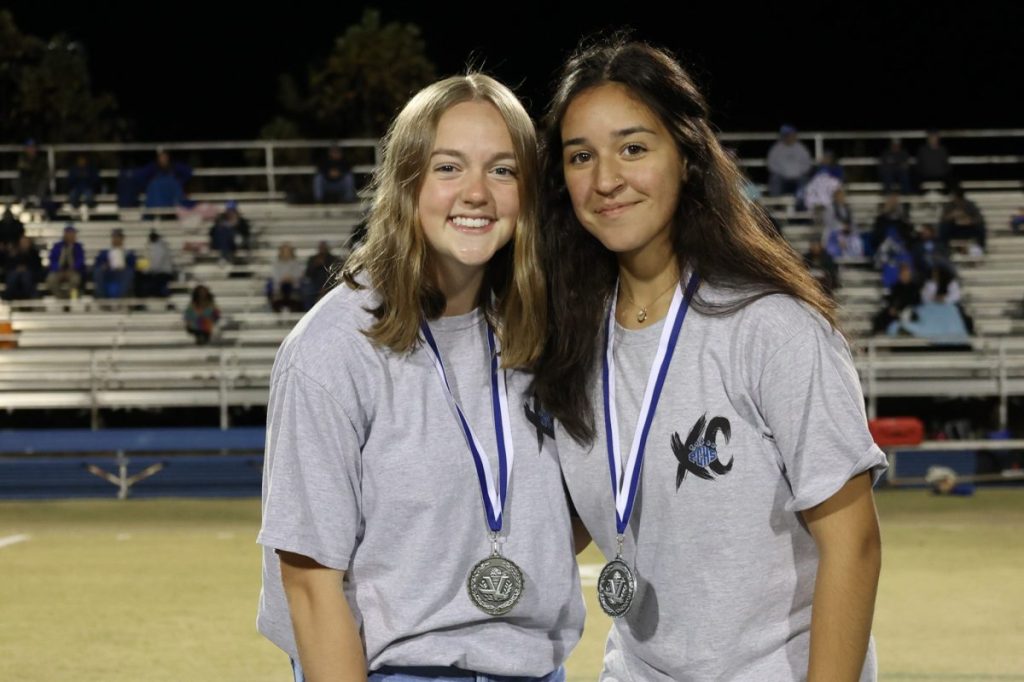 Polk County’s cross country season came to an end Saturday as the Wolverines competed in the 2A West Regional in Swannanoa.

Senior Susanna Ashworth led the Wolverine girls with a 29th-place effort while junior Jayln Thomas topped the Polk boys with a 39th-place showing in the event held at Asheville Christian Academy.

Competition was not the best part of the day for Polk County head coach Alan Peoples. Before the race, Peoples noticed his girls squad each putting purple ribbons on their shoes. When he asked why, Ashworth responded that the team was dedicating the race to Peoples’ wife, Harriett, who is battling dementia.

“These young ladies are a fine example of what is out there,” Peoples wrote in a social media post. “Stop looking for the bad; find the good kids and praise them, love them, and most of all let them know that they are indeed our future. I love my team.”

Ashworth and Luna Gonzalez are the only seniors who competed Saturday for either team.

Owen won the boys regional championship in a close battle with Lincoln Charter, with Owen senior Elijah Jones finishing just over a second ahead of teammate Jaheem O’Hara for the regional individual title.

Community School of Davidson won the 2A West girls crown, with Lincolnton’s Katherine Hopkins finishing nearly a minute ahead of the field to claim the individual trophy.