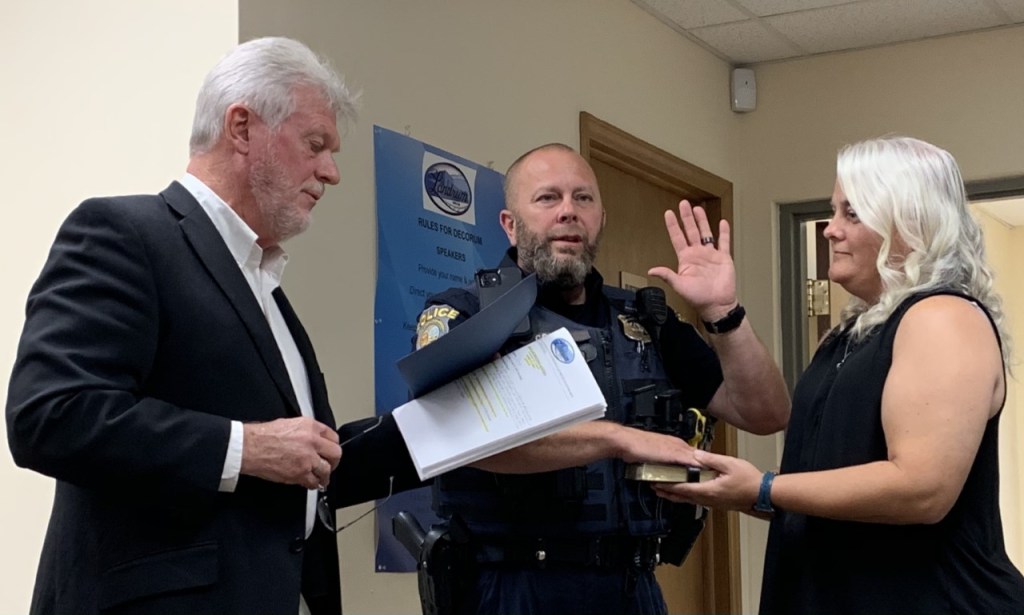 LANDRUM––At the City of Landrum’s October council meeting, Jason Coffin was sworn in as the new police chief for Landrum Police Department.

Coffin, 25, is a veteran law enforcement officer and has served as a patrolman, PFC, Corporal, Sergeant, and Lieutenant. He has also served as an Evidence Tech, Property Control Officer, Warrant Officer and, for ten years, a K-9 Officer.

Coffin is married with two children and is actively involved with his church, where he sings, plays guitar, drums, and keyboards, and helps feed the homeless every fourth Saturday. Helping others, Coffin says, has always been his passion, and being Police Chief is something he will not take lightly.

“This community and this department mean so much to me. As your new Chief of Police for the City of Landrum, I will ensure that the safety and well-being of the citizens in our community will always be my utmost priority. Thank you for allowing me to become your new Chief,” Coffin says.