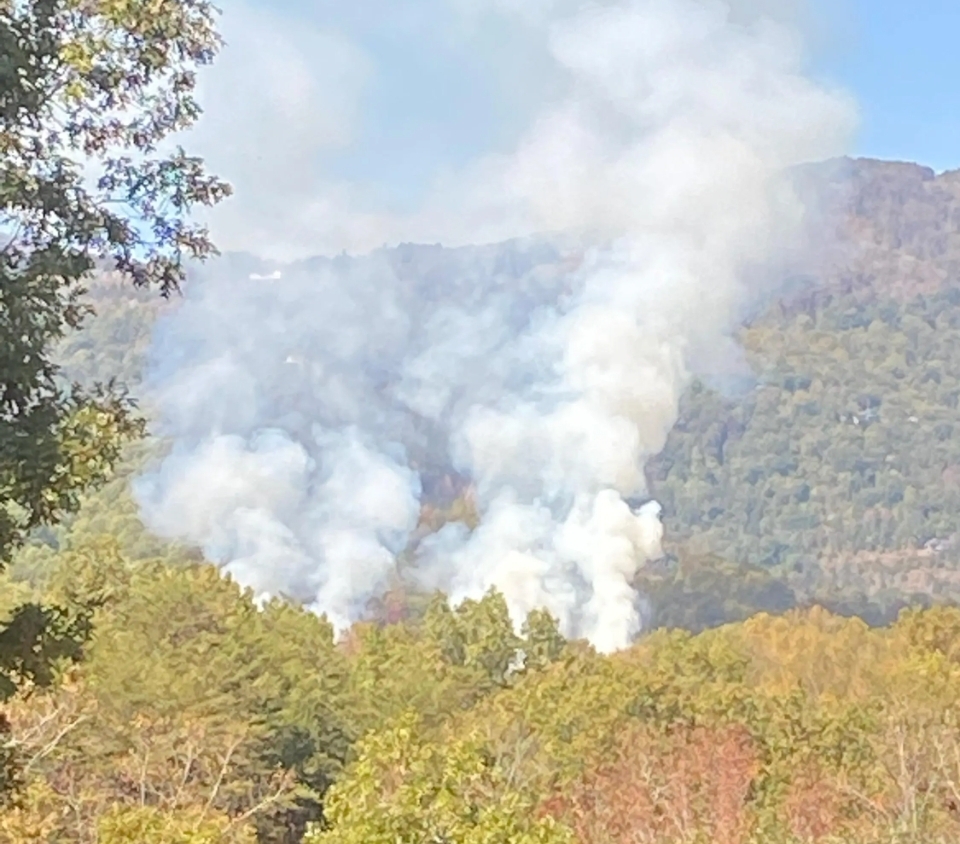 COLUMBUS – On Friday, October 21, multiple fire crews worked to contain a wildfire on Chocolate Drop Mountain in Columbus. The fire spread out alongside Highway 74 between the 161 and 163 mile markers.

The North Carolina Forest Service estimated eight to ten acres burned before firefighters were able to reach 100% containment later that night. According to officials, the operational period of the wildfire took place from 1 p.m. to 9 p.m.

Due to the proximity of the roadway, Highway 74 westbound was completely shut down for the majority of the day, leading to major traffic backups.

Many of the crews were planning to take part in Polk County High School’s homecoming parade. What local firefighters believed was going to be a fun filled day turned out to be a long, hard working effort to contain the blaze. The parade still took place in the town of Columbus, which ultimately led to even more traffic backups.

Additionally, the N.C. Forest Service assisted by providing ground crews with aerial support. A spotter plane was used to locate hot spots, while a helicopter made several water drops. 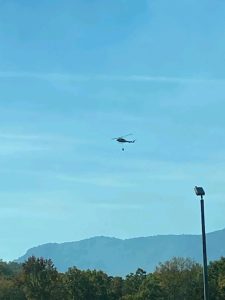 The Rural Seed in Columbus provided food to all the men and women involved in containing the fire.

Captain Dylan Priester of the Columbus Fire Department praised the fire crews who worked to battle the blaze on Friday.

“As an officer, and incident command of the Chocolate Drop Mountain fire, I had two major responsibilities. That was crew safety and fire suppression. Being able to rely on other agencies from within our county and other counties helped make both of those things happen,” Captain Priester said when asked about the teamwork between all the agencies. “Remember most of these were volunteers. These men and women left what they were doing to come help. The fire would not have gone out without the help from approximately 12 different agencies.”

At the moment, there is no word on what may have caused the wildfire. Crews will continue to monitor the area throughout the weekend.