Polk to open state 2A volleyball playoffs against Anson 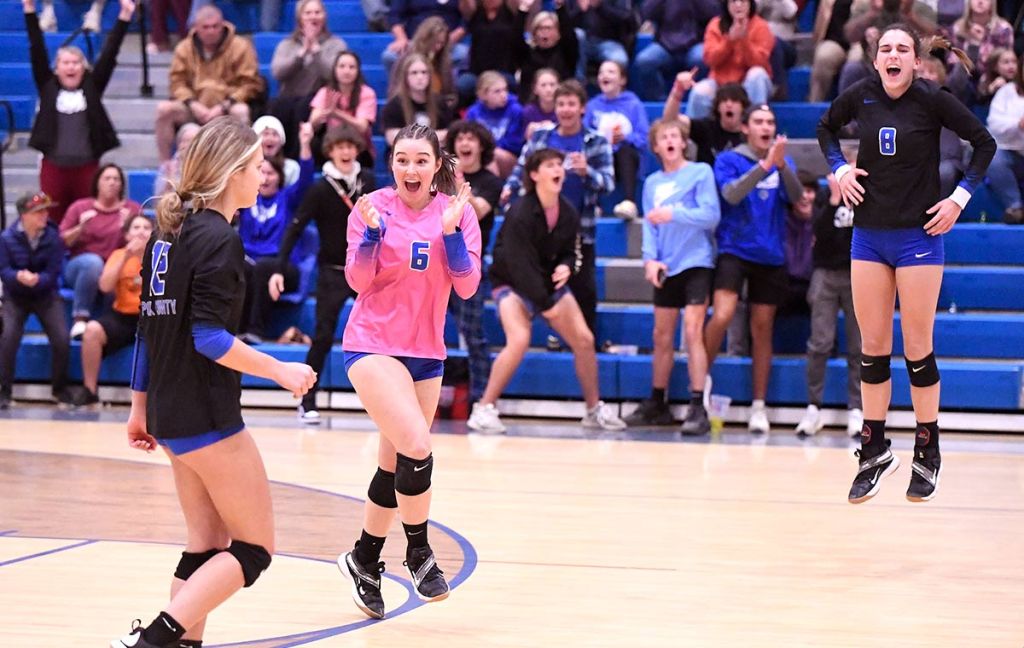 Polk County will open state 2A volleyball playoff action on Saturday with a home match against Anson.

The Wolverines received the 12th seed in the 2A West bracket in pairings announced Thursday by the North Carolina High School Athletic Association. That pairs the Wolverines (21-3) with the 21st-seeded Bearcats (18-5).

Saturday’s match will begin at 5 p.m.

Polk County finished the season as the fourth-ranked team in the NCHSAA 2A West RPI, the ratings used to help determine playoff seedings. But top seeds from the 11 2A conferences are seeded before all other schools, and Brevard earned the Mountain Foothills 7 Conference’s top seed with its win Wednesday in the MF7 tournament championship.

Brevard is the third seed in the 2A West field.

Anson finished second in the Rocky River 2A/3A Conference. The Bearcats are led by senior hitters Camryn Martin (145 kills) and Blair Threadgill (119 kills). Freshman setter Allie Steagall has 67 of Anson’s 346 aces this season, an average of 15 aces per match.

Martin has committed to play softball at North Carolina.