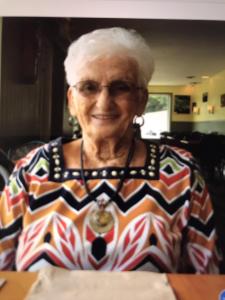 Mrs. Culbreth was born in Spartanburg County, SC, to the late Mae Page Pritchard and Harrison Pritchard. She was also predeceased by a brother, Will; three sisters, Nellie, Estelle, and Alma. She was a restaurant associate and retired after 15 years from McDonald’s in Lexington, KY.  Mrs. Culbreth was also a former member of Morgan Chapel Baptist Church.  She was well-known because she was outgoing, and a people person and she never met a stranger.

In addition to her parents, she is predeceased by one brother, Will Pritchard, and three sisters, Nellie Solesbee, Estelle Covenah, and Alma Anton.

A graveside service will be at 2pm on Tuesday, October 25, 2022, at Polk Memorial Gardens.