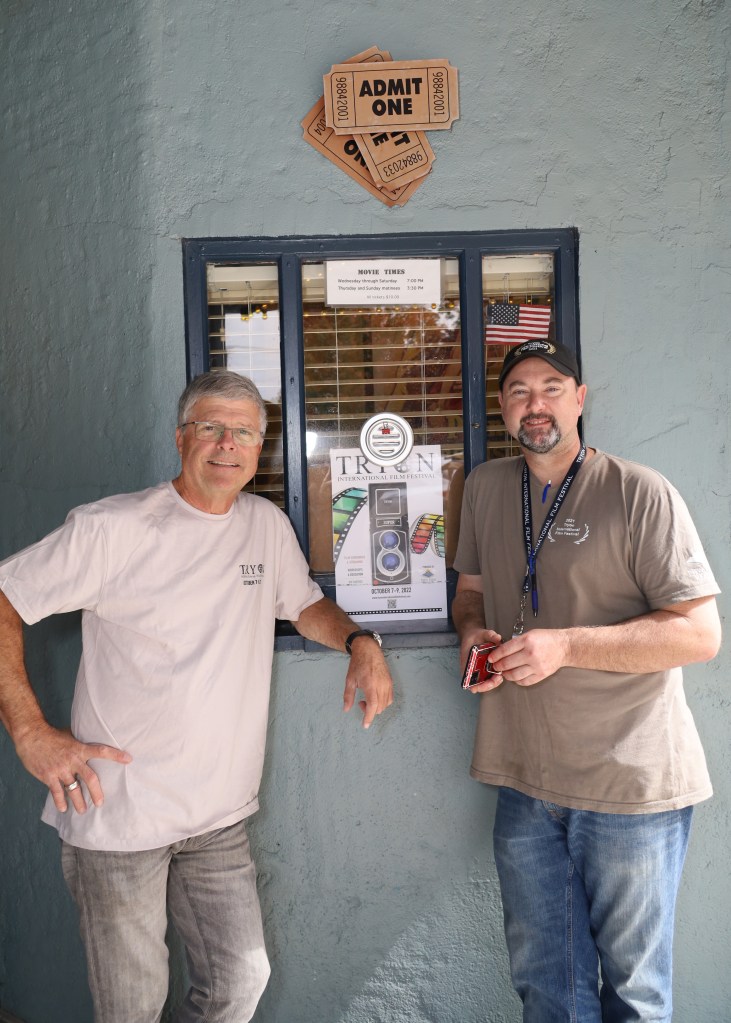 In the immediate wake of the well attended and successful 8th annual Tryon International Film Festival, the organizers announce 10 awards out of the 52 films screened during the three-day event, Oct. 7-9, 2022, in the North Carolina foothills of the Blue Ridge Mountains.

“Every year, it just gets better and better,” Co-Founder Beau Menetre said after three days of non-stop cinema-related and social activity. “Undoubtedly, this was the best yet. We moved many of the activities, such as the gala, outdoors into the streets of Tryon. We had perfect fall weather with just a nip in the air at night and sunny days. We started with a sold-out gala, and both Saturday and Sunday the streets of Tryon were abuzz with cinephiles of every persuasion. We were well-fed, saw some great films and old friends, and made a lot of new friends. I’m very proud to say, we premiered four films this year, which I consider to be an indicator of our growing success.”

This year, the Festival added animation to its roster, screening 10 films.

One of the most successful aspects of the Festival was the educational offerings. All of the workshops, classes, and discussion groups were free and open to the public. Those offerings included the basic nuts and bolts of filmmaking and casting.

“It’s been a whirlwind of a weekend, but it was everything we hoped it would be,” Co-Founder Kirk Gollwitzer said. “I was pleased to see so many new faces. And this year’s crop of films had something for everyone. We had three screening locations, professional classes, and hundreds of people enjoying the films and the small-town charm of Tryon. As always, once people come to the Tryon International Film Festival, they always come back the next year — for the films and for the hospitality.”

Through Sunday, Oct. 16, 2022, the 52 films are available online for $35. Access to the virtual films is TryonInternationalFilmFestival.com.

Here are the 2022 winners of the Tryon International Film Festival…

Human Rights and Dignity Award: I Am We, Directed by Ron Davis, Judged by Homarya Sellier