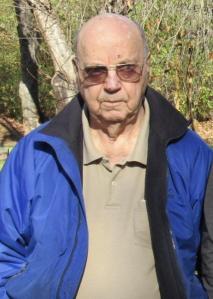 Born in Landrum, SC, he was the son of the late Cursey and Bessie Gibbs Culbreth. In addition to his parents, he was preceded in death by his loving wife Bernice Wilson Culbreth. He was also preceded in death by five brothers and two sisters:  Hubert, Allen, Bobby, Fred, Harold, Elizabeth Denton, and Louise Page

Edward was a loving husband, father, and “Papa”. He was a member of Tryon First Baptist Church. He retired after 47 years from Mohawk Industries in Landrum, SC. He was a Navy Veteran of the Korean War, serving from 1948 to 1952. He was also an avid gardener. He and Bernice loved to travel and especially loved their bus tour trips.

Military Honors will be accorded by the Polk County Veterans Memorial Honor Guard.

Condolences to the family can also be made to www.sandersfuneralandcremation.com

Memorials may be made to Hospice of the Carolina Foothills.