Structure fire in Columbus results in total loss of home 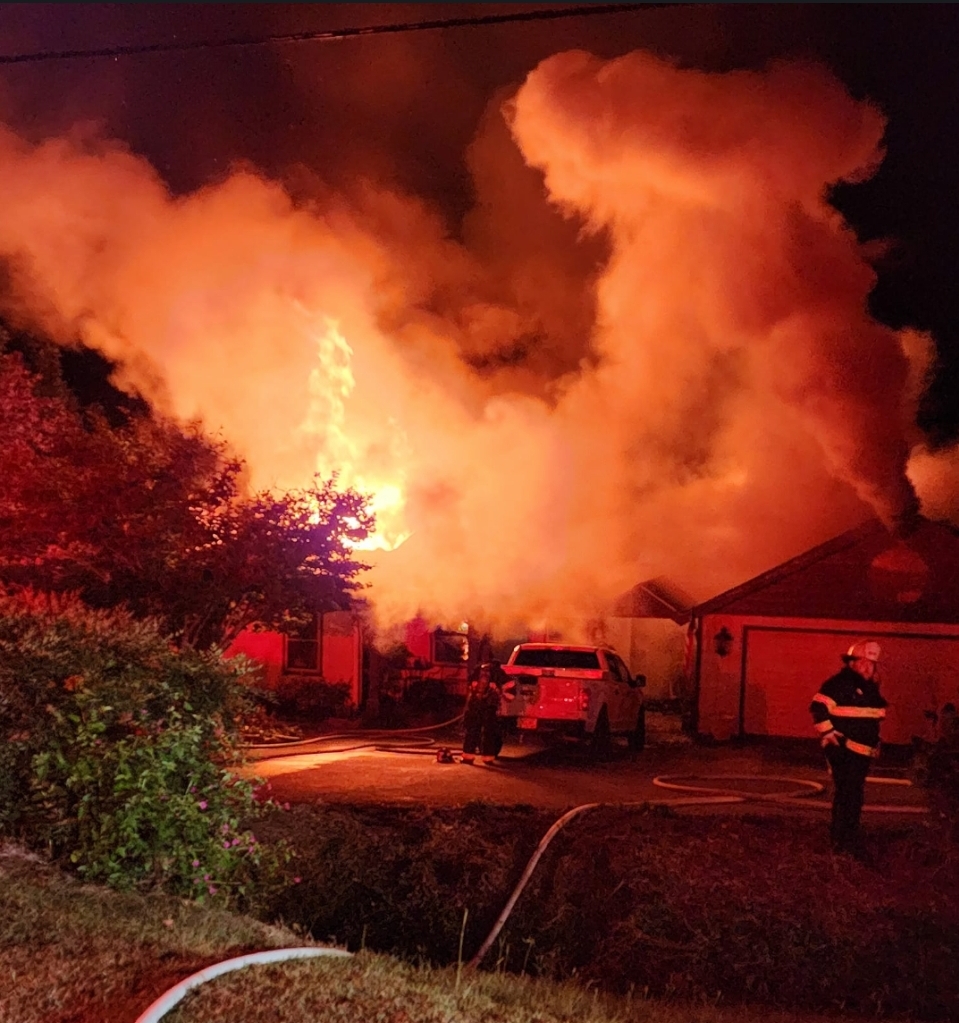 One transported to hospital for chest pains

COLUMBUS––Early Saturday morning around three o’clock, Columbus Fire Department was dispatched to a structure fire on Peniel Road, just past Red Fox Road in Columbus.
Will Craine at CFD says that nobody in the residence was harmed by the fire and made it out safely. The homeowner, however, was transported by EMS to the hospital for chest pains.
Craine says, “When we got there, we had fire blowing from the roof. We just started an interior tactic. We were able to make progress inside the home pretty quickly, and the fire jumped over to the detached garage. That was taken care of within a decent amount of time. The units continued to work on the main home, putting out hot spots, and helping the family get valuables out of the home.”
Officials cleared the area and put out the fire around 6:15 in the morning. The cause of the fire is still under investigation.
Craine says the entire right ride of the home burned, and the left side didn’t sustain damage from the flames.
“It still was a total loss due to smoke and water damage. The detached garage was a complete loss as well,” he states.
CFD had seven fire engines on scene and one tanker. Also on scene were Polk County EMS and Polk County Fire Marshal.