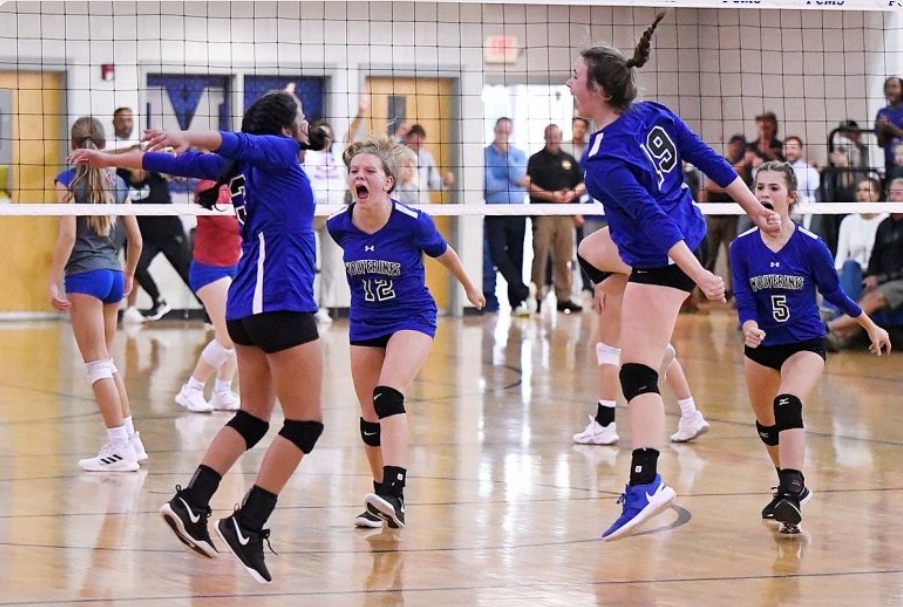 The varsity Wolverines seemed as ready to celebrate as their younger counterparts, and why not? Polk Middle stood on the brink of an accomplishment none of them ever reached.

Polk Middle earned that final point on a Reeve Carroll kill, and young and older Wolverines alike raced onto the court to revel in Polk’s 2-1 win over Rugby Middle, securing that much-desired BRC East crown.

Winning a division that includes Rugby, Brevard and Hendersonville is no small accomplishment – look at the quality of the high school programs each school feeds. Polk Middle had come close in recent years, but had no East title since 2015.

The Wolverines (11-1, 9-1) proudly have one now, the first for head coach Kenny Hall. In some ways, the afternoon echoed what those high school players earned a night earlier in defeating West Henderson for the first time under head coach Molly Hill.

“Just like with the high school, we were finally able to prove we can do it and do it when it counts,” Hall said. “I’m super proud of these girls and how far they’ve come this year.”

The Wolverines landed the first blow, pulling ahead 20-16 late in the opening set on back-to-back Carroll aces and going on to close that set on a Beiji Olivari kill and take a 25-22 win.

The final set stayed close throughout, eventually tied at 11-11 before a series of Rugby errors gave Polk a 14-11 advantage and that match point. The Wolverines set Carroll on the left side, and the seventh grader hammered a kill that the Raiders could not return, setting off a series of screams and hugs and maybe even a few tears.

“I always say to the girls that you don’t have to play perfectly to be a champion, but you have to play well when it matters,” Hall said. “They didn’t let this incredibly supportive environment bother them.

“As great as a division championship is, the thing now is to come back and get a conference championship.”

Polk Middle finished the season 4-0 in three-set matches. And the JV Wolverines completed an 11-1 season with a win over Rugby in their one-set match.

With the win, Polk Middle secured home-court advantage for the Blue Ridge Conference conference tournament, which begins Monday. The Wolverines will face either Smoky Mountain or Canton in the tournament opener on Monday. 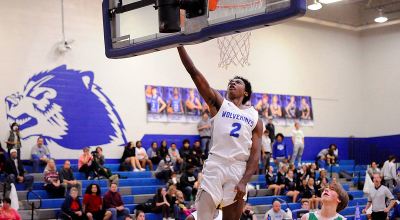