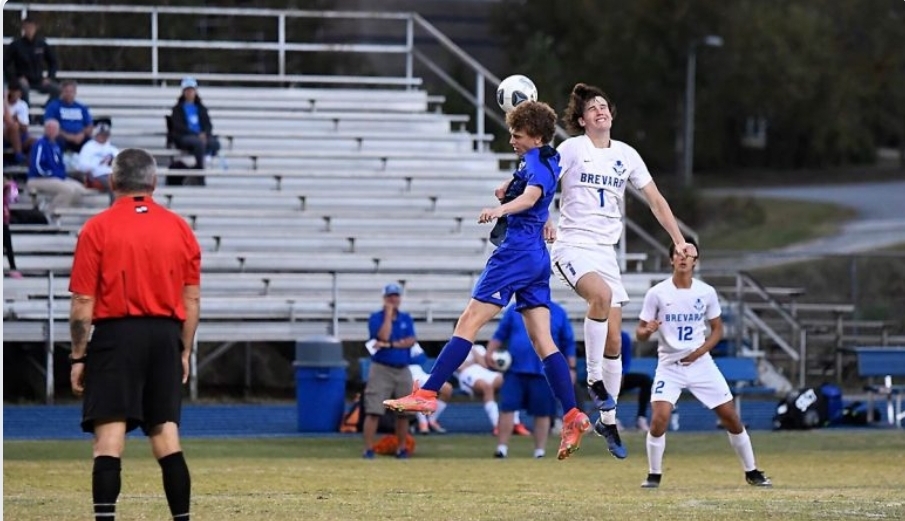 It felt like an evening that merited a much better result for Polk County.

The Wolverines largely controlled the flow of play from the outset Monday against Brevard. But the Blue Devils got a pair of breakaway goals in the second half that stood for a 2-1 Mountain Foothills 7 Conference victory in G.M. Tennant Stadium.

It hasn’t been the easiest or most fortunate of seasons for Polk County (1-11, 1-4). But despite setbacks and bad breaks and bounces, the Wolverines have steadily improved throughout the season, that certainly evident to others not watching through blue-tinged eyes.

Polk pressed Monday from the outset, creating two scoring chances in the first four minutes. The Wolverines continued to push forward and were finally rewarded in the 22nd minute on a nice sequence of passes.

Grabbing possession in the Wolverines’ end, Cole Pereira dribbled forward and chipped a high pass down the right sideline to Jack Smith, who raced ahead of a defender, dribbled deep into the right corner and struck a perfect cross. James Purtill, racing toward the near post and under defensive pressure, deflected the pass toward the back post, where Thomas Varnadore hammered home Polk’s first goal for a 1-0 advantage.

The Wolverines narrowly missed a second goal later in the period on a flurry just outside the goal line.

Brevard (5-5-2, 4-1), which last week took conference leader Patton into overtime, began to create some opportunities in the final stages of the half. But Polk goalkeeper Cade Bright turned aside all, leaving the Wolverines up a goal at the break.

It didn’t take long, though, for the Devils to even the match in the second half. Noah Backes won a foot race for a long pass deep into the Polk end, giving him a one-on-one with Bright that he was able to convert.

Largely the same scenario played out later in the half, in the 66th minute, as a long curling pass evaded the Wolverine defense, with Tyler Glance snaring the bouncing pass deep in the penalty area, creating another one-on-one that Glance won, just beating a diving Bright for what proved to be the match-winning goal.

Polk came close to responding in the 77th minute as Smith got possession of the ball well into the Brevard box with some room to shoot. But Blue Devil goalkeeper Connor Fennessy raced off his line and blocked Smith’s drive just as he struck it, sending the ball bouncing wide of the goal.

“We played completely evenly with them,” Corn said. “We just made a couple of mistakes that cost us. It’s unfortunate. But they never give up.

“We’ve had balls not bouncing our way and goals not going in. We should have had a little toe poke for one tonight. We’re playing really well, and just need to keep our heads up and keep moving forward.”

Polk County will face another challenge on Wednesday as the Wolverines travel to face conference leader Patton. That match is set to kick off at 6 p.m.