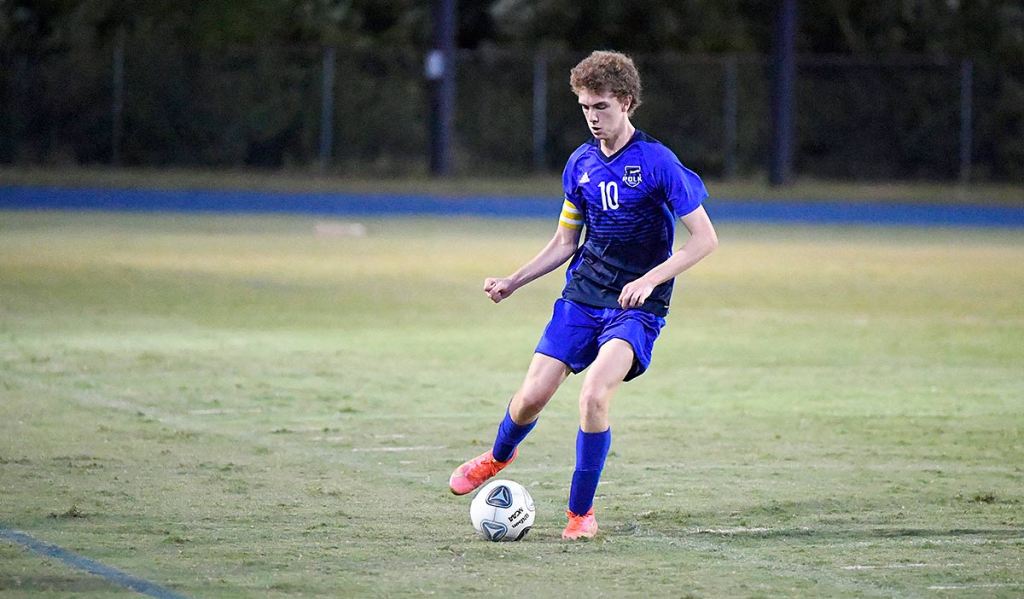 Cheers, screams, tears, they all flowed in equal measure Wednesday evening in G.M. Tennant Stadium. Deservedly so, too, as Polk County earned its first win of the season, defeating East Rutherford 2-1 in a Mountain Foothills 7 Conference matchup.

Three losses to end last season, and 10 setbacks to open this one meant it had been almost a full calendar year since the Wolverines last won a match. But Polk has never stopped improving or working this season, and all that effort brought a most-welcome reward.

“They deserved that tonight,” said first-year Polk head coach Matt Corn, battling a few tears himself. “Through all the hard work this season and even the unlucky breaks we’ve had and everything that has just not gone our way. . . But in that second half, we came back from one down and really just controlled the second half.

“We deserved that. It finally feels like the tide is turning a little bit for us.”

Defender Nathaniel Rhein took possession of a loose ball in the Wolverine end, dribbled to midfield and sent through a perfect pass on the left flank to Manny Albarran, racing just ahead of two East Rutherford defenders. Albarran reached the ball and stopped, allowing both defenders to race past. He then cut back toward the middle of the field and sent a cross to a wide-open Cole Pereira, who immediately struck the ball into the left corner of the net from some 10 yards out, tying the match.

Polk continued to threaten, largely keeping the ball in the Cavaliers’ end for much of the half, though unable to get another shot in goal. Wolverine goalkeeper Cade Bright then preserved the tie with a sterling save with seven minutes remaining, stopping an East Rutherford breakaway.

The match took its deciding turn with 90 seconds remaining and overtime looming. On a Polk County corner kick, an East Rutherford defender pushed Polk’s Owen Highsmith to the ground as he raced in toward the back post. That shove caught the referee’s eye, and he immediately called a foul, giving Polk County a penalty kick.

Pereira took the penalty and calmly struck a low rolling drive into the right corner of the net for what proved the match winner.

“More than anything, they wanted this more than the other team, and that’s what we’ve been trying to get across to them,” Corn said. “If you want it more, if you push, good things can happen.

“It was an incredible half, and emotional for me.”

Polk County will look for another win on Monday, hosting Brevard. That match should kick off around 6:45 p.m. and will also be streamed live on NFHS Network.