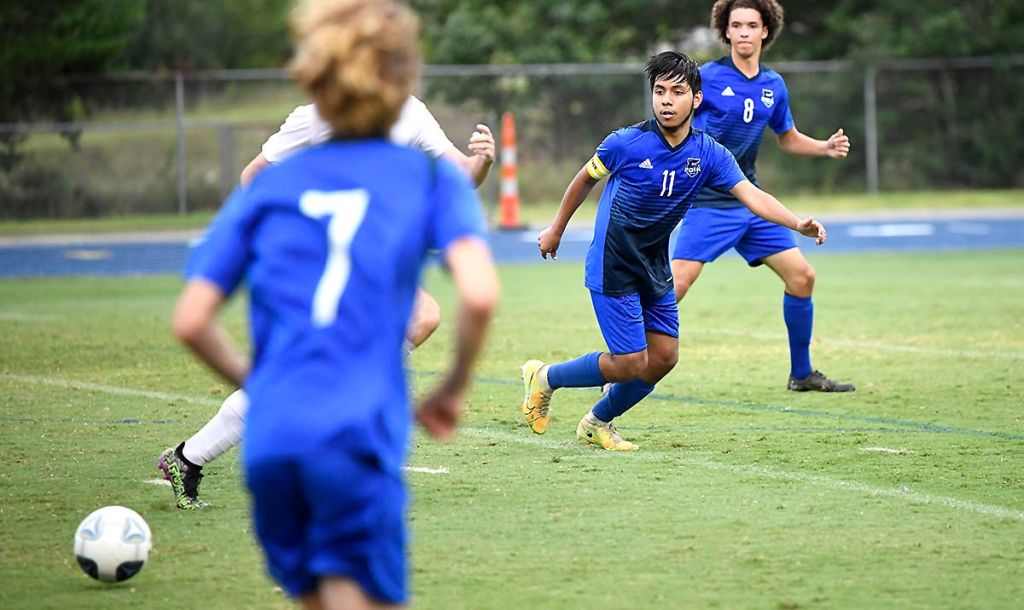 Matt Corn feels the pieces are beginning to fall into the desired places for Polk County’s soccer team.

He notes the Wolverines’ effort last week at Hendersonville as well as Polk’s showing Tuesday at home against East Henderson, a night that did end in a 3-1 win for the visiting Eagles.

That result did not deter Corn’s satisfaction with how the game unfolded.

“The main thing we saw tonight is that we played together as a team,” the first-year coach said. “Our passing, our movement, they’re taking the stuff that we’re coaching them to do and they’re showing it on the field, applying what they’ve learned.

“Hopefully we can keep doing that and keep up our intensity and push forward.”

East Henderson (5-4-1) grabbed a 3-0 lead by intermission, but Polk County (0-10) responded in the second half with a Manny Albarran tally and had a couple of other chances that just went awry.

Polk County is set to return to action on Monday, traveling to Chase for a Mountain Foothills 7 Conference match. The 6 p.m. kickoff is set to stream live on NFHS Network.