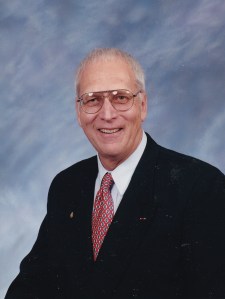 He was born on May 2, 1939, to Ed and Annie Louise Lair in Anna, Texas.  He married Judith (Judy) Anne Trevvett on September 15, 1962, at Camp Lejeune, NC and they had four children and six grandchildren. Surviving are his wife Judy and daughters Marlene (Tom) Strutz and Karen Lair and son Greg (Michelle) Lair.  Their six grandchildren are Anastasia and Alexis Bowden, Katy and Marcus Strutz, Andrew and Luke Lair.

Dr. Lair, an ordained minister of the United Methodist Church, served eight pastoral appointments over 34 years in Western North Carolina before his retirement to Columbus in 2001.

Retiring with the rank of Colonel, Lair was a veteran of both the Marine Corps and the Army and served a total of 37 years, active and reserve.  In the Marine Corps, he served as a rifle platoon commander and weapons platoon commander.  He served as a company executive officer and a member of the battalion staff.  In the Army, he served on brigade and division staffs and at the major command level.  He served in the Pentagon as the Reserve Affairs Advisor to the Chief of Chaplains.  He received the Legion of Merit for his service, especially during Operation Desert Storm.

Lair was a graduate of Anna High School (Texas), the University of North Texas, Southwestern Baptist Theological Seminary and Emory University.  In 1974 he was a Merrill Fellow at Harvard University.  Dr. Lair served on the adjunct faculty of several civilian colleges and universities.  He served on the adjunct faculty of the U.S. Army Command and General Staff College.  He also served as a curriculum developer at the U.S. Army’s Chaplain School.

Since retiring to Polk County, Lair served as Chaplain of St. Luke’s Hospital from 2004 to 2018.  He was a volunteer with the Department of Defense with the NC Committee for Employer Support of the Guard and Reserve for many years.  He was a life member of DAV, VFW, Military Officers Association and the NRA.  He was a member of the Sons of the American Revolution, American Legion and the Military Order of Foreign Wars.  He was an active member of the Rotary Club of Tryon since 2005 and served as President of that club from 2009-2010.  He served Rotary District 7670 as Assistant Governor from 2011-2013.  He was a member of Tryon’s First Baptist Church and taught the Senior Adult Sunday School as well as sang in the choir and played in the handbell choir.

Services will be private.

Memorials may be made to St. Luke’s Hospital Foundation or Hospice of the Carolina Foothills.