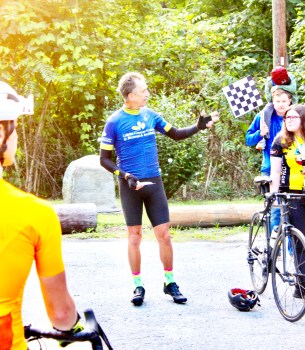 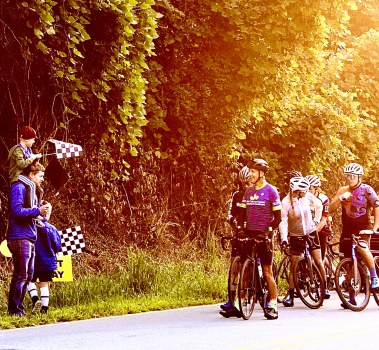 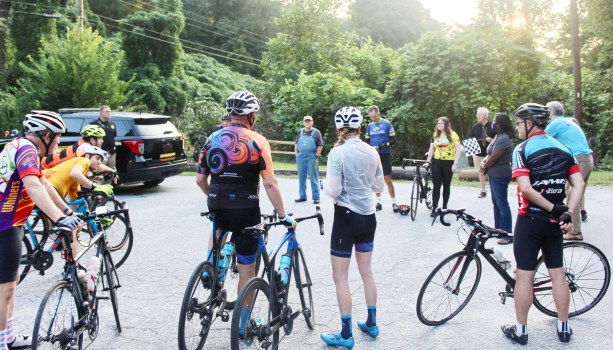 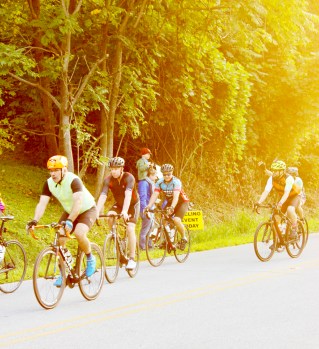 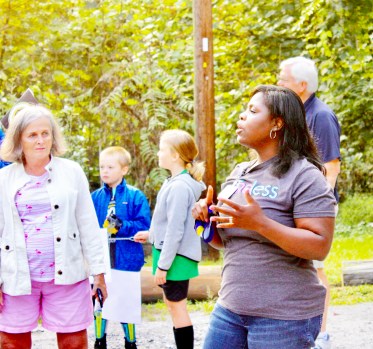 Donations can still be made at Nature’s Storehouse in Tryon

On Saturday, a dedicated group of bicyclists hit the Saluda Grade to raise awareness and funds for the fight to cure cancer. Riders chose to cycle up the Saluda Grade as many as ten times during the Climb to Conquer Cancer fundraiser.

John Cash, the founder of the ride, started the annual event twelve years ago to raise money for the Gibbs Cancer Center at Spartanburg Regional Hospital. This year, the event raised $7,000.

Cash led the ride Saturday, which usually takes place in April. Due to an injury suffered in a bike accident, John had thought about sitting out the event this year, until he met five-year-old cancer survivor Franklin Delmas. Franklin and his siblings served as the honorary flag bearers for the ride signaling its start with the waving of the flag.

The ride, Cash says, lasted about six hours for those who rode up and down the grade all ten times. He added that the ride had a good turnout, with almost two dozen riders participating.

“There were no accidents, and a good amount of people showed up,” Cash says.

He says that several members of the Spartanburg Regional Foundation spoke about the charity and the purpose behind it, including Stacy Williams of the Gibbs Cancer Center.

“It’s overwhelming and humbling for me when people come to this event and afterward thank me for what I’m doing. I feel like I’m doing so little,” he says. “I’m overwhelmed by how grateful people are for this event.”

Cash thanked Bucks Pizza for providing food for riders, Caro-Mi Restaurant for allowing them to use their facility as a starting point, and Dr. Jeff Hendrix for providing energy drinks. He also would like to thank his employee Kat Williams at Nature’s Storehouse for riding alongside him.

“I couldn’t have done it without her,” he says.

Donations for the Climb to Conquer Cancer fundraiser can still be made at Nature’s Storehouse in Tryon, or by calling 828-859-6356.