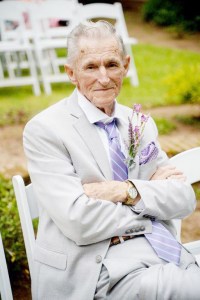 Landrum— Charlie Albert Dill, 87, of Landrum peacefully entered into the presence of his Lord and Savior, Jesus Christ, on September 8, 2022 at the Hospice House in Forest City.
Born in Landrum, he was a loving and devoted husband to his wife of 50 years, the late Doris Plumley Dill and the son of Frank and Hattie Dill.  He retired from Bigelow Sanford in 1990 and was a member of Bethel Baptist Church in Campobello.
He was a patient and caring father to his children, Charlene Key (Jack) of Gaffney and Brian Dill (Ronette) of Landrum; and a proud Papa to his five grandchildren, Suzanne Crisp (Matt), Hillary Key, Brianna Threlkeld (Clayton), Madeline Key, and Peyton Dill and was especially pleased to be a Great Papa to his two great grandchildren, McCoy and Delilah Crisp.
Charlie was the last surviving sibling of 9 which included Anne Crowe, Irene Capps, Harley Dill, Inez Wofford, Floyd Dill, Faye Rollins, Frankie Greene and Dot Hardin.
A graveside service will be held at 10:00am Monday, September 12, 2022 at Evergreen Memorial Gardens conducted by Dr. Henry Johnson and Dr. Tim Wofford.
The family will receive friends after the service at the cemetery.
In lieu of flowers, memorials may be made to Mobile Meals of Spartanburg, 419 E. Main Street, Spartanburg, SC 29302 or to the Hospice of Rutherford County, 374 Hudlow Road, Forest City, NC 28043.
Condolences may be left at www.pettyfuneralhome.com.