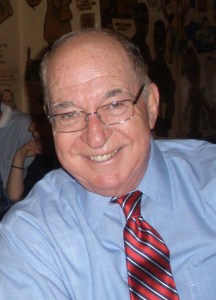 Tryon– Victor Nicolas Ambruoso died peacefully on September 5, 2022, at his home in North Carolina. He is the husband of Rachael (McLaughlin); he is the father of Andrew, Brandon (Angela), and Christian, and the grandfather of Brigid and James. Victor is the son of Carlos and Amalia Ambruoso of Buenos Aires, Argentina.

Victor was born in Buenos Aires, Argentina, on January 6, 1933. After receiving his medical degree from Facultad de Medicinas at Universidad de Buenos Aires, he completed his residency and internship in general surgery in New York City and Westchester County, NY. He was drafted to the U.S. Army as a Major in 1967, and he served in the medical corps in Quy Nho, Vietnam, until 1969, when he was honorably discharged as a Lieutenant Colonel.  He then continued his training in thoracic and cardiovascular surgery in Buffalo, NY. He practiced surgery while raising his family in Long Island, NY, for over 20 years.

In 1995, Victor and his family moved to Tryon, North Carolina, where they could more fully appreciate their fondness for horses and open country. He lived in total service to his family, his patients, and his country. His life saved countless lives. May Victor know of our eternal gratitude and love for him.

A Mass of Christain burial will be celebrated at 1:00 PM Saturday, September 10, 2022, at St. Theresa of Avila Church, West Roxbury. Interment will follow at St. Joseph Cemetery.