Suspect flees police on I-26, causes collision in Landrum 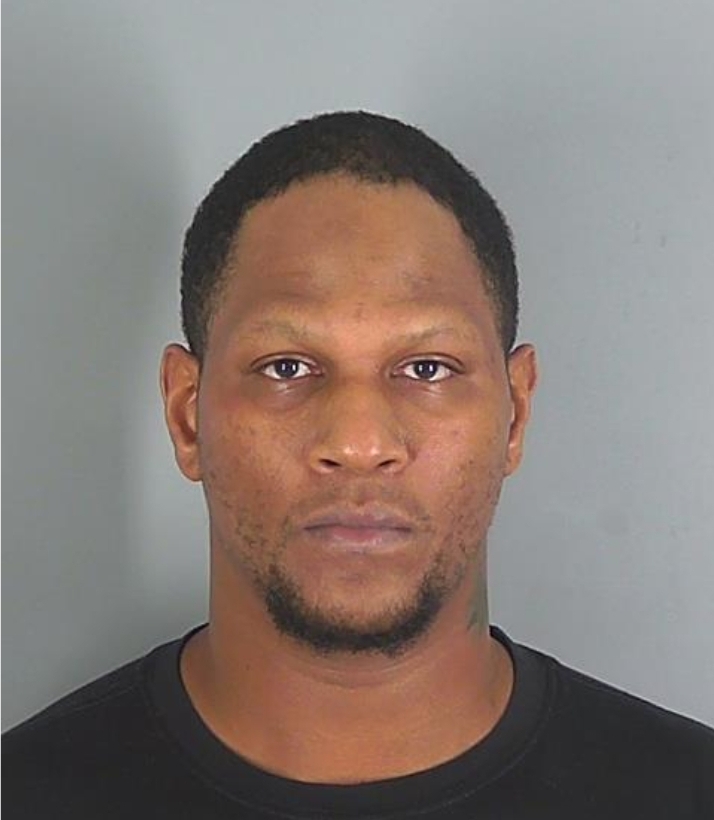 On Tuesday night around 8 p.m., a suspect fleeing from police collided with an occupied vehicle at exit 1 of I-26 eastbound in Landrum. The fleeing vehicle sustained heavy damage as a result of the incident.

According to police reports, Officer West of the Landrum Police Department responded to the scene after being in contact with Polk County dispatch, who informed him that Officer Queen of the Columbus Police Department was in pursuit of a maroon-colored Jeep. While on his way to the scene, Officer West was notified that a two-car collision at exit 1 in Landrum had occurred when the suspect failed to stop at the stop sign.

After the collision, the suspect, Tyrone Javod Rendleman of Iron Station, North Carolina, fled the scene on foot. Officers were able to detain Rendleman moments later.

South Carolina Highway Patrol assisted with traffic flow at the intersection, which was significantly affected by the incident.

Ginger Williams, of Tryon, an occupant of a white Chevrolet truck involved in the collision, was later transported to Spartanburg Regional Medical Center with undisclosed injuries.

Before being booked at Spartanburg County Detention Center, Rendleman was also transported to the hospital due to reported injuries and an elevated heart rate. He advised EMS that he had taken what he believed to be Adderall purchased off the street.

Rendleman was charged with leaving the scene of an accident, driving without a license, operating an uninsured vehicle, operating an unregistered motor vehicle, failure to use a turn signal, improper lane use, reckless driving, and disregarding a stop sign.

Officer Queen of the Columbus Police Department stated that Rendleman will also be facing charges in Polk County.