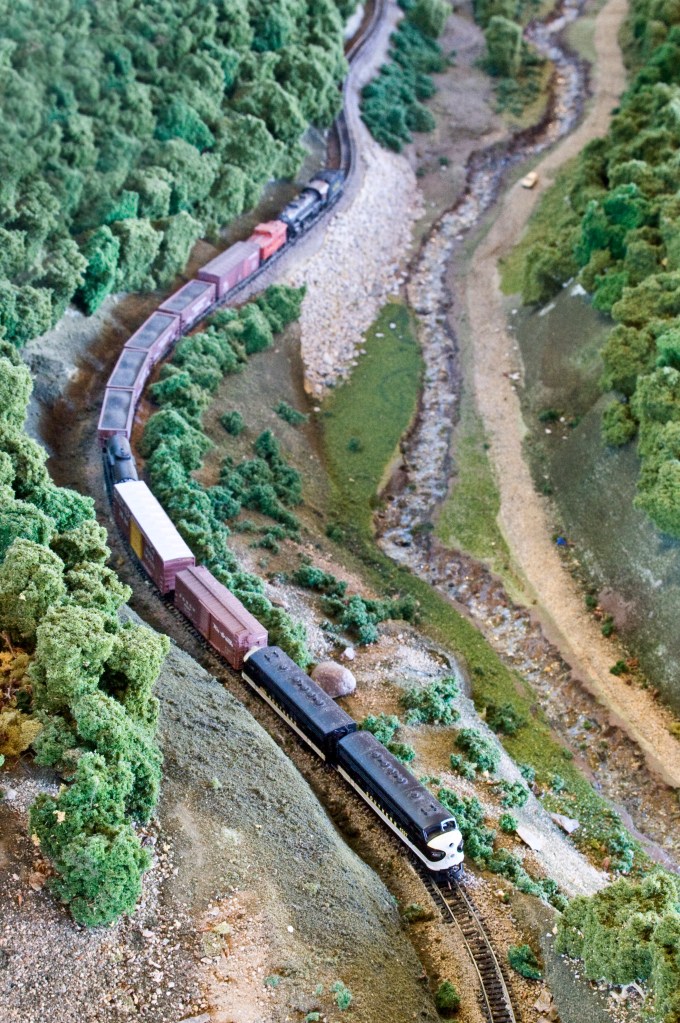 SALUDA—On July 4, 1878, the first train to travel the Saluda Grade railway passage arrived in what’s now the town of Saluda, NC in Polk County. Construction of the railway passage began in 1877 under the direction of Capt. Charles W. Pearson. The railway was intended to link Salisbury, Murphy and Knoxville, Tennessee, and most importantly to provide a connection between Asheville and Spartanburg, South Carolina. It would be another year before the track reached all the way to Hendersonville, NC and then Asheville, NC. 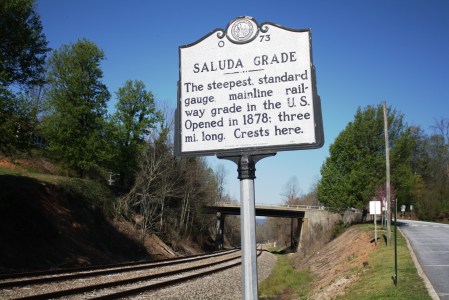 While railroad builders used tunnels to snake through the steep climbs found elsewhere in the North Carolina mountains, near Saluda they decided to face the steep inclines head-on and built straight up the rugged terrain. Henceforth, the climb for the railroad has been known as the Saluda Grade and registered as a historical NC landmark where the track crests in Saluda, NC.

The engineering feat that made the project possible was unprecedented in the 1870s, and construction proved so dangerous and resulted in so many causalities that it sparked an investigation by the General Assembly. The Saluda Grade was used by Southern Railway and subsequently Norfolk Southern for 123 years before ceasing to run trains up the grade in December of 2001. Since then, the tracks have been silent.

The Saluda train station was the focal point for the city of Saluda. Folks from the low country retreated to the mountains escaping the sweltering heat in the summer, and the link between the low country and the mountains established ties that last to this day. In 2015, a group of concerned citizens initiated an effort to raise funds to purchase the depot to house a museum that would memorialize the railroad history and the position in history Saluda holds in Western North Carolina. This was accomplished through a non-profit entity known as the Saluda Historic Depot.

Now, the initiative for a Saluda Grade Trail from Saluda to Inman, SC is underway and the tracks will become a destination for adventurists and outdoor enthusiasts. The Saluda Grade will regain its recognition again and be silent no more.

Mike Reeves, Chair of the Saluda Historic Depot says, “The board of the Saluda Historic Depot wholeheartedly endorses the effort to create the Saluda Grade Trail.  For the last six years, the board of the Depot has been following all initiatives and legislature activity about the Saluda Grade tracks and feel strongly that the organizations that have come together to create this masterful plan are the right groups to get the job done. The Saluda Grade Trail will become a tourist destination increasing tourism in Polk County and Saluda. This economic development will contribute to the continuing outdoor tourism in Polk County and grow tourism beyond Saluda’s strollable Main Street. Hikers and bikers abound in our town and this will promote more amenities for these great guests.”

The Saluda Historic Depot board wanted to make it public that we officially endorse the project as conservation groups gain momentum to both acquire, and then build, the infrastructure for this impactful trail.

A group of citizens formed a 501(c)3 non-profit and purchased the Depot building in June 2016, and has created a railroad and heritage museum to celebrate and memorialize the town’s railroad history and its beginnings.  If you would like to climb aboard and help preserve the Saluda Historic Depot for future generations, you can send donations to Saluda Historic Depot, PO Box 990, Saluda, NC 28773 or email savesaludadepot@gmail.com.  All donations are tax-deductible.

The museum is open Thursday through Sunday, noon to 4 p.m., Sunday noon to 4 p.m., and exhibits a Saluda Grade “O Scale” wreck Dioramas and “Z Scale” train diorama depicting to scale the steepest portion of the grade from Melrose to Saluda with its elevation, shape, and details during the transition era from steam to diesel. There are also running videos of trains that came up the Saluda Grade and a gift station. The Saluda Historic Depot is located at 32 W. Main Street, Saluda, NC 28773.