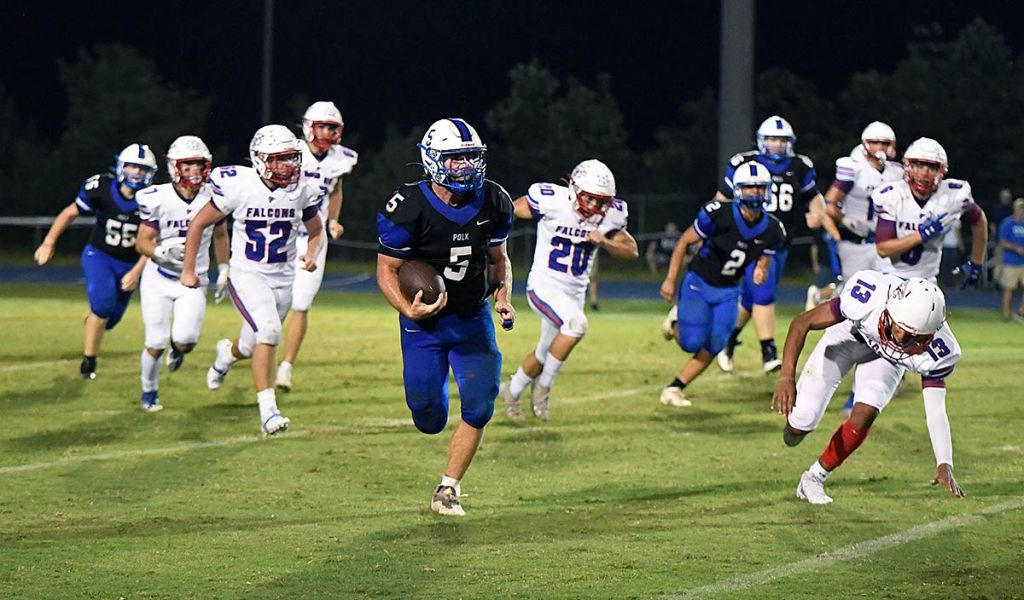 No one in Polk County football history has rushed for more yards than Angus Weaver.

The Wolverine senior became the school’s career rushing leader during the first quarter of Friday’s 40-26 loss to West Henderson, surpassing the previous mark of 3,221 yards held by Jamal Tanner.

In perhaps befitting fashion for Weaver, he broke Tanner’s record on a 2-yard carry early in the game, pushing a pile of tacklers forward on the first-down effort.

“Awfully proud of Angus Weaver,” said Polk County head coach Bruce Ollis. “That’s one of the silver linings tonight. We’ve got a kid who set a career rushing record for our high school and we’ll celebrate that later.

Weaver finished the evening with 12 carries for 139 yards and two touchdowns and now has 3,348 yards for his Polk County career. He also caught a pass for 22 yards.