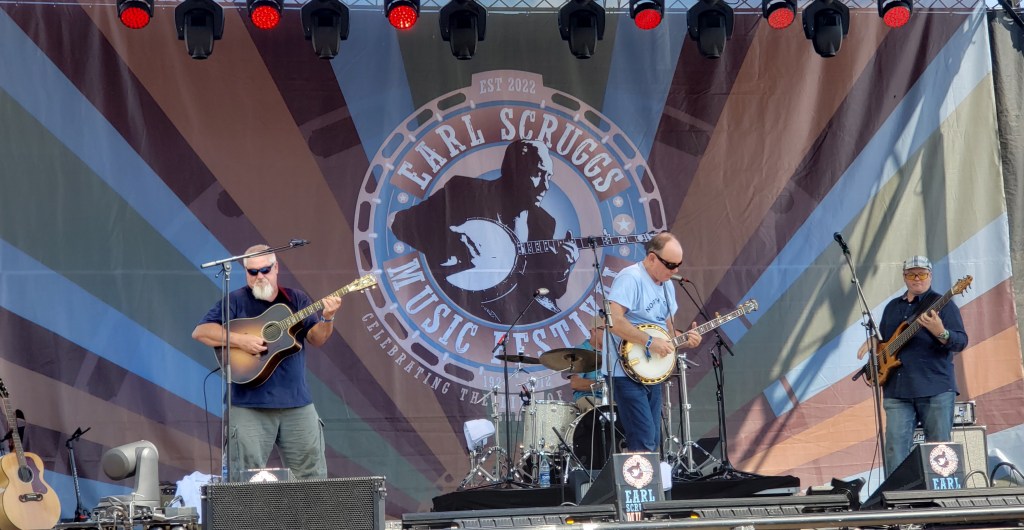 Acoustic Syndicate played on Friday and Saturday, one of over 25 acts to perform at the festival.

MILL SPRING- Banjos, acoustic guitars, fiddles and mandolins were abundant, and the atmosphere was electric at the inaugural Earl Scruggs Music Festival held over the weekend at the Tryon International Equestrian Center.

Kicking off on Friday, September 2, and wrapping up on Sunday, September 3, the festival featured three days of bluegrass, Americana, and old-time music, as well as interactive workshops and craft vendors. 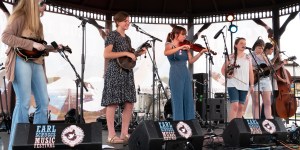 Made up of younger musicians, Polk County’s own Clover Pickers graced the Foggy Mountain Stage on Saturday.

Celebrating Earl Scruggs, a North Carolina native whose innovative banjo technique transformed the course of American music, the event was produced in collaboration with the Earl Scruggs Center, WNCW 88.7, and Isothermal Community College. The goal of the organizers of the festival was to underwrite educational programming and community outreach in Scruggs’ home region.

Originally planned for 2020 and postponed due to the pandemic, guests of all ages showed up this weekend to enjoy the festival.

“We were thrilled to have such a great turnout that included many of our original patrons who stuck with us through the pandemic,” said Festival Producer Claire Armbruster. “We felt the enthusiasm of everyone who attended and so appreciate their support. TIEC provided the infrastructure and additional staffing that we needed to pull off an event of such quality and magnitude. (We) will move Earl Scruggs Music Festival into the future knowing that we have the capacity and the ability to grow in many positive ways.”

Festivalgoers were able to see Scruggs’ influence on full display this Labor Day Weekend, with a long list of his predecessors representing the very best in the genre.

“Earl Scruggs is widely regarded as the catalyst for the ‘Big Bang’ of bluegrass when he joined Bill Monroe and his Blue Grass Boys, and the Earl Scruggs Music Festival is a reverberation of that explosion heard around the world,” said Joe Kendrick, Director of Programming and Operations at WNCW 88.7. “It is a testament to his indelible impact on music that we can witness so many of the best roots music artists today come together to celebrate his legacy in the same region where he grew up.”

Music lovers enjoyed pleasant weather for most of the weekend, though light rains occasionally moved listeners under the covered grandstand at the Flint Hill Stage or the pavilion at the Foggy Mountain Stage. This family-friendly event also featured a Kid Zone, instrument raffles, and information booths for the Earl Scruggs Center and Blue Ridge Music Trails. 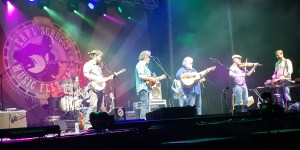 Legendary act Leftover Salmon was one of the headliners Saturday evening.

The support and enthusiasm for the event were palpable. Fans young and old soaked up the good vibes and incredible talent all weekend long.

“Earl would be very pleased with this past weekend,” says nephew of Earl Scruggs and Festival Director JT Scruggs.  “He would say in very soft words that everything was handled in a manner that was nice for all. He would have especially liked seeing all of the kids having fun.”

“As Earl’s nephew I was very proud of all the music and how well everything was handled.”