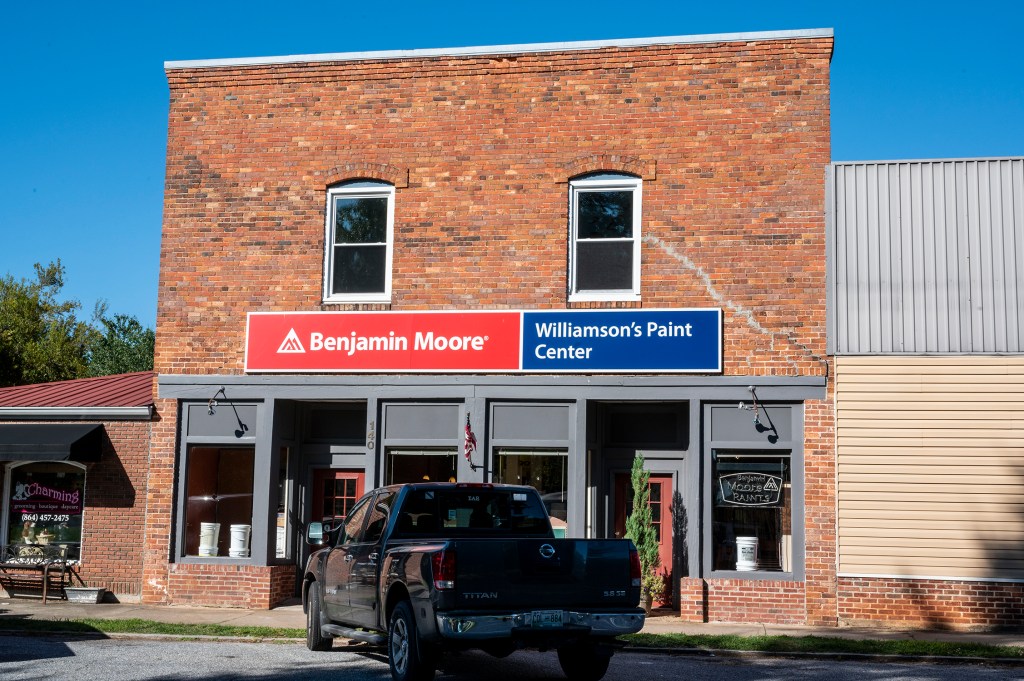 Williamson's Paint Center has been a Landrum mainstay since opening its doors in 1985. The store is now owned by Tulsa, Oklahoma-based Spectrum Paint.

LANDRUM – Williamson’s Paint Center has been an anchor in the Landrum community since opening its doors in 1985. Although the paint center will remain open, the downtown store will now be part of Spectrum Paint, a Tulsa, Oklahoma-based company with more than 500 employees and 88 stores nationwide.

The roots of Williamson’s Paint Center go back to 1949, said Tommy Williamson who is set to retire with the store’s transition to Spectrum Paint. 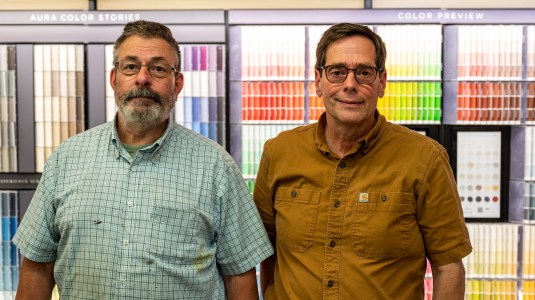 Steven Porter (L) and Tommy Williamson (R) the day before Williamson’s Paint Center transitions to Spectrum Paint in downtown Landrum. Porter will remain with the store as assistant manager.

“My dad, Joe Williamson, started the company in 1949 in Spartanburg with a loan from his father-in-law, and with it he built a retail building and small warehouse,” said Williamson whose company also had locations in Spartanburg and Gaffney until 1986 when the Gillman Company purchased them leaving the Landrum location as the only remaining store. The Landrum location opened in 1985. “I worked at the Spartanburg store growing up and started working there full time in the late 1970s. My dad worked here at the Landrum business until he was 96! It really kept him going seeing people and being involved.”

Williamson said he’s had the store quietly on the market for the past two years and has been in talks with several companies about buying it, but with current business models, not many companies were interested in just one store – regardless of its profitability. It is preferable to have a small cluster of stores that aid one another in terms of stock and outside sales staff, according to Williamson.

Williamson said there were recent changes to the surrounding paint store market that made the Landrum store more attractive and that was when Spectrum Paint began discussions. He said one of the main reasons to sell to Spectrum was its reputation in the industry as a strong, customer service-oriented company and he felt Spectrum Paint would be a good fit for the family-based business the Williamsons have built in Landrum.

Gentry Stafford, vice president of marketing and store development at Spectrum Paint said the acquisition of Williamson’s Paint Center was an attractive one for Spectrum.

“This is an area (Landrum) that we’ve wanted to get to for some time,” said Stafford who explained the Carolinas are a prime part of their development strategy with plans for more store locations in Spartanburg and Greenville as well. “We have 25 stores in North and South Carolina and are excited to continue growing in this area. When we heard that Tommy Williamson was retiring, we knew this could be a great fit.”

Gentry said the store will employ two full-time employees and one part-time employee. Steven Porter, who’s been working with Williamson for the past 16 years will continue with Spectrum Paint as assistant manager. The company has also hired Kjell Smith to manage the store.

As for Williamson, he’s looking forward to major changes in the coming days. The Williamsons are moving out of state to be near their daughter and family.

“I’m looking forward to having a little time off to do more with photography as well as my music,” Williamson said. “It has been close to twenty years since I’ve had much of a vacation, so we will plan a couple of extensive trips as well. I’m definitely excited!”