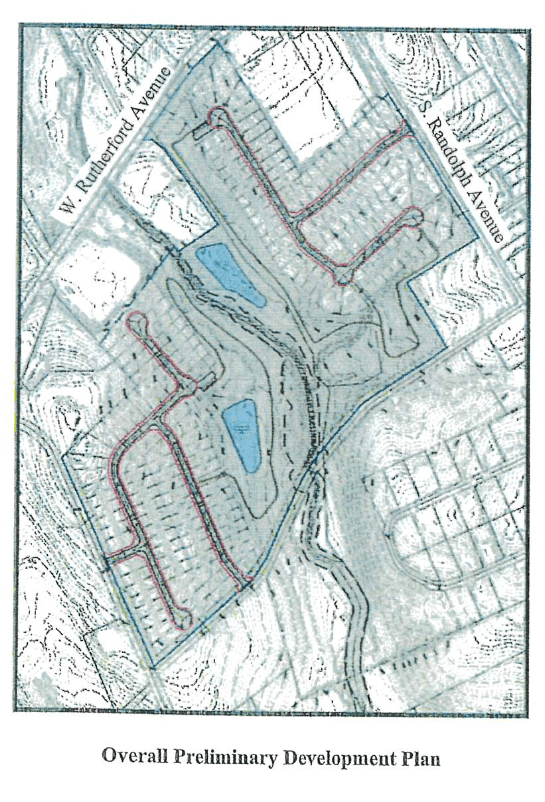 LANDRUM––Tuesday night, the City of Landrum held a public hearing to consider the rezoning of 65.64 acres within the city limits to a Flexible Review District, which would allow for a proposed subdivision consisting of 155 homes to be developed. The Landrum Planning Commission voted in favor to rezone the acreage in question from C-2 (Commercial) to FRD (Flexible Review District). The rezoning now needs to be approved by the Landrum City Council. The City Council’s next meeting will be held on September 13.

The acreage that is being considered for development is on West Finger St., West Rutherford St., Jones St., and South Randolph Avenue.

During the meeting City Administrator Rich Caplan gave a presentation, saying the planning commission has been working on the zoning code for two or three years now. He said that if the property in question remained zoned as C-2, for commercial use, a developer could come in and build a large commercial building without public input.

“Flexible Review District does allow commercial, it allows for different kinds of housing, different kinds of commercial mixed in,” said Caplan. “It’s an alternative approach to utilize residential zoning classifications, and most importantly enables …the Planning Commision and City Council to require open space as part of the development.”

A representative from the Appalachian Council of Governments gave a staff report, saying that it was his job to view this new development through the lens of the flexible review district ordinance that was adopted by the city in May. He said that the “the proposed development is in keeping with the surrounding zoning in the area, and will not negatively impact traffic in the surrounding neighborhood.”

Caplan added some widening of the road would be required on W. Jones St. and W. Finger St., based on the input from engineers.

The developer who wants to build the subdivision, David Ritchie,  spoke as well.

He said he was currently working on projects in Spartanburg County, and talked about his many years of experience with developments.

The meeting allowed for public comments, allowing 3 minutes for each commenter to speak.

Tony Belue, who said the development will be basically in his front yard, expressed his concerns about the project while saying that he is “straight up against this development.”

Judy Henderson, of Landrum, said she is not against the property being rezoned to Flexible Review District. She added that she thought that the meeting was inappropriate, because it should not have been held until all documents were part of the package, which she says were not. She also expressed concerns regarding water pressure, as she believes the entire S. Randolph St. corridor will be affected.

Another Landrum resident, Lisa Dans, asked if an impact study had been performed regarding how the school system would be affected.

Landrum resident Kyle Sox thanked the city staff for their leadership, and said the Flexible Review Plan was well thought out. Gary Tucker, who said he’s been in Landrum for 80 years, said that he hopes the project doesn’t happen and said that the wildlife in the area would be affected.

Angel Forester, the president of Landrum Area Business Association, said that a survey distributed to business owners in Landrum showed that they supported a new subdivision. She said that while she understands people want to retain the small town feel, they should also consider that businesses need people to come shop and eat to keep business going.

When asked for his opinion prior to Tuesday’s meeting, Landrum Police Chief Kris Ahler says he is still in the preliminary stages of reviewing the proposed development. “The report on traffic flow, using state standards and taken at face value, shows a manageable traffic flow,” he says. Chief Ahler recognizes that this topic is controversial and prefers to remain neutral on the topic beyond his statement on traffic flow.

A Landrum resident, who wishes to remain anonymous and who lives near the area of the proposed construction, spoke with the Bulletin about the development. The resident says that Landrum is becoming a little overcrowded for her comfort.

“Traffic is my main concern. It’ll be congested. It’s already more congested now with the Farmer’s Market, which I’m glad we have now, so I guess I have to take the good with the bad,” the resident says. “The traffic is going to be a nightmare.”

She goes on to state that Landrum used to be a quiet town, but “now it seems to be booming. I’m not a fan of that.”