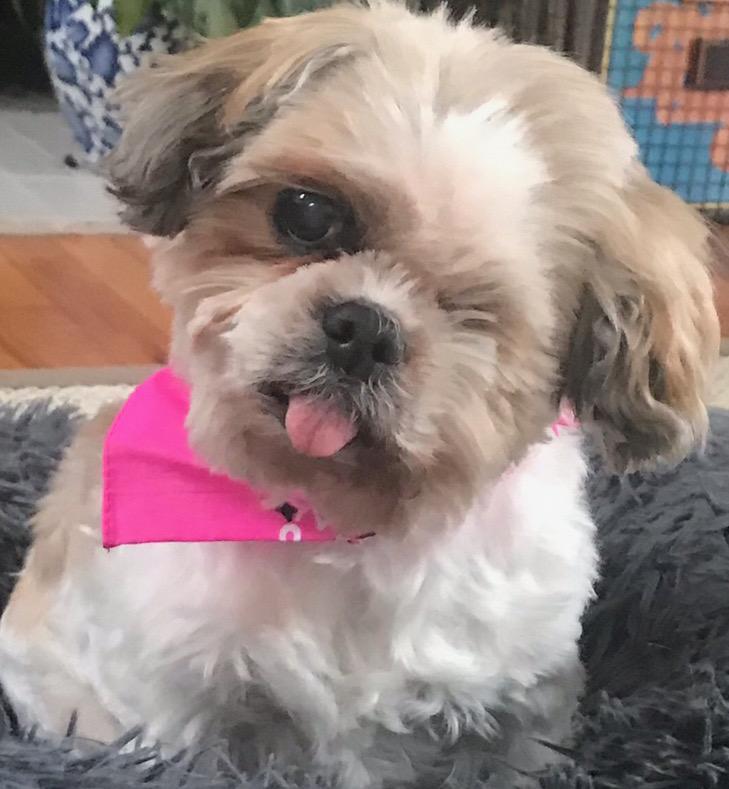 Judy Booty was announced as Tryon’s new Dog Mayor at the Fourth Friday event on August 26.

TRYON––On Friday evening, officials announced Judy Booty as the new Tryon Dog Mayor. Voting began online days before the election, and people also had the option to vote in person at the event, which coincided with Tryon Downtown Development Association’s Fourth Friday event.

There was a pet photo booth on McCown Street, where voting took place, as well as adoptable pets from the Foothills Humane Society and Paws, Prayers, and Promises. As part of the Fourth Friday event, businesses stayed open later than usual, and eventgoers could take in art displays downtown at the newly reopened Upstairs Artspace and at Tryon Coffeehouse Co-op.

Judith P. Bootith, the 10-year-old white and brown Shitzu, ran on the platform of “Peticare for All.” Mayor Judy believes that all Tryon pets deserve the best possible healthcare and intends to raise funds for underprivileged animals. Clyde, a 5-year-old Husky/Retriever mix, came in third place n the voting, and Charlotte, a 14-year-old Jack Russel, was runner-up to the new mayor.

According to Tryondogmayor.com, “In October of 2021, Judy found herself in Landrum, in the backyard of a cat sanctuary. A kind lady found a 5-pound, one-eyed Judy wrapped in mats and wire.”

After being taken to the Landrum Veterinary Hospital and getting all cleaned up, she was adopted by Joe Pullara and Lauren Roy of Tryon.

All proceeds from voting in Tryon’s Dog Mayor election went to the Foothills Humane Society and TDDA.