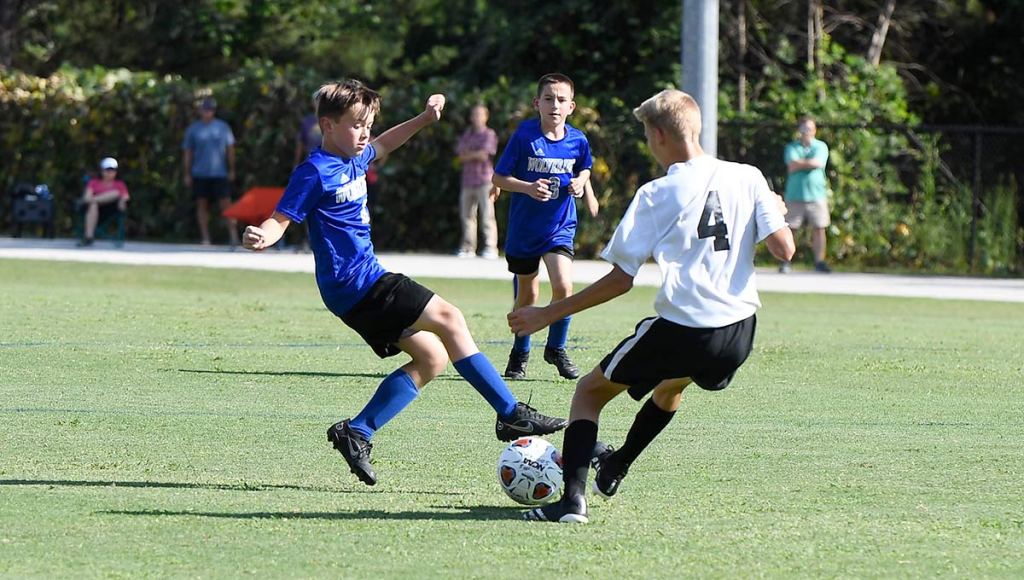 The Wolverines tallied twice in the second half to secure a 2-0 win over Canton in a Blue Ridge Conference battle at Utz Field in the season opener for both teams.

Polk Middle largely kept the ball in the Bears’ end of the field in the first half, but could never get an offensive breakthrough and went to half in a scoreless tie.

That changed early in the second half as Erik Pena connected on a long, low line drive that found the right corner of the net, giving Polk a 1-0 lead. The score stayed that way until the final seconds of the match, when Brennan Oates took a pass from Ross Dow and slipped a low drive inside the near post for Polk’s second score.

“We had the better of the second-half possession,” said Polk Middle head coach Lennox Charles. “We passed better and worked harder.”

Polk Middle next plays on Wednesday, traveling to Asheville Christian Middle for a 4:30 p.m. match.