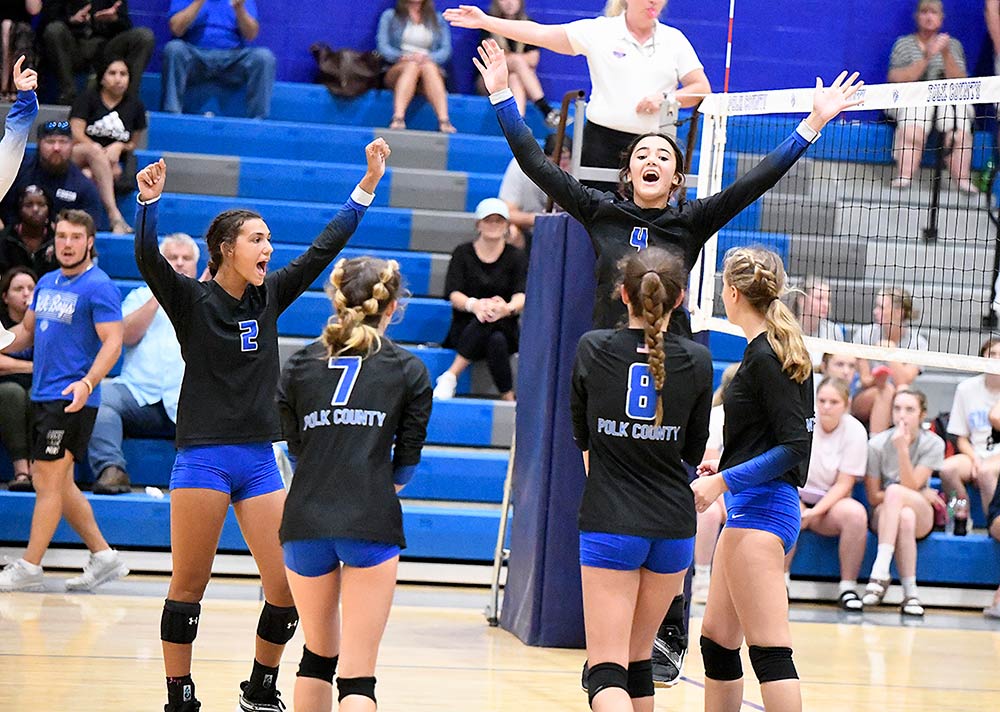 Less than 24 hours after a grueling five-set road win at Kings Mountain, Polk County volleyball coach Molly Hill worried her Wolverines might be a bit flat for Wednesday’s clash with Enka.

Polk County (4-1) might not have dominated the evening, but the Wolverines led much of it, typically taking command of each set by the midway point.

In each of the first two sets, Enka (2-1) rallied from deficits late to close within a point. Morgan Yoder closed the first set, though, with a kill, then stopped a Jet rally in the second with a kill that gave Polk a 22-20 lead. After another point, Amberlyn Scruggs then served back-to-back aces to close the set.

The third set offered more breathing room for Polk, which built a big early lead and continued on to the win.

“They played great,” said Hill, who coached her 200th career match at Polk. “We had really great moments and definitely some things that we can improve on for tomorrow night and for the rest of the season. But, overall, I was pleased.

“(The Kings Mountain game) was tiring. It was a late night. I kind of anticipated that so I told the girls to just come in and give their best effort and give some energy. I refer to it as wringing out a towel. You’re tired, but you’ve still got to be wringing out and give me some. I definitely think they did that.”

Thursday will offer another test for Polk County as the Wolverines host Landrum in a 6 p.m. varsity match. It will be the first time the two neighboring schools have met since 2017.

Sophia Overholt had 10 kills and 10 digs for Polk, with Yoder recording six kills and three blocks. Mia Bradley had four kills, as did Ada Kelley and Elena Carroll, with Carroll adding 10 digs.