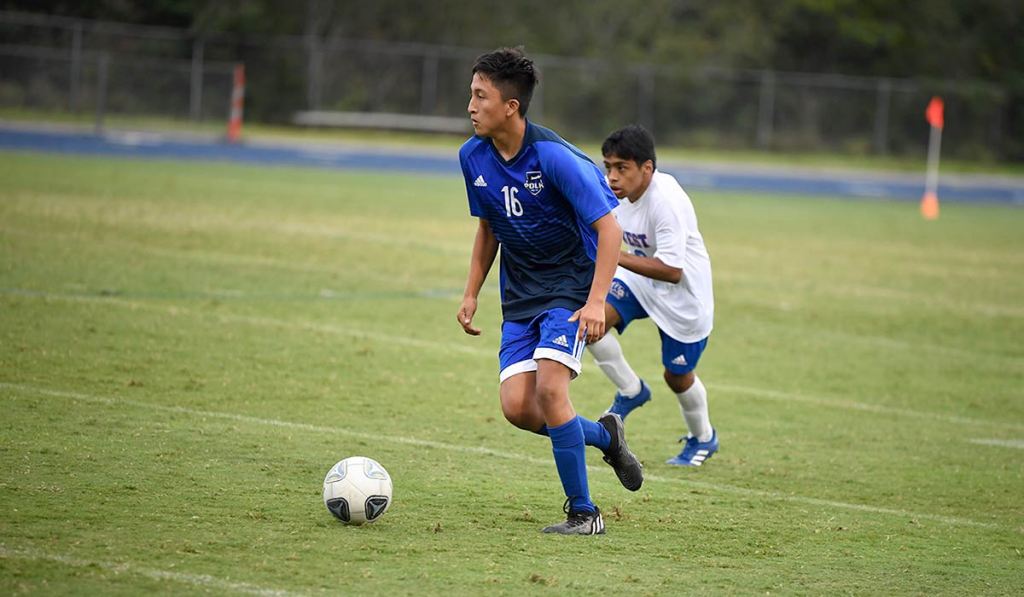 A quick start Wednesday helped drive Asheville School to a 7-0 victory over Polk County in boys soccer play in Asheville.

The Blues (2-0) tallied twice in the opening minutes en route to a 5-0 halftime lead. But while the Wolverines (0-3) did not score in the second half, head coach Matt Corn saw reason to be pleased with the final 40 minutes.

“We’re playing a private school that can recruit, and in the first half, they went up and down the field,” Corn said. “In the second half, we put it back at them a good bit. We played with some pride.

“It was a good learning experience. We really put in the effort in the second half and played much better.”

Polk County returns home Monday to face North Henderson in a non-conference match. Junior varsity play begins at 5 p.m., with the varsity to follow around 6:45 p.m. Both matches will be streamed live on NFHS Network.