Airing of the Quilts held Saturday 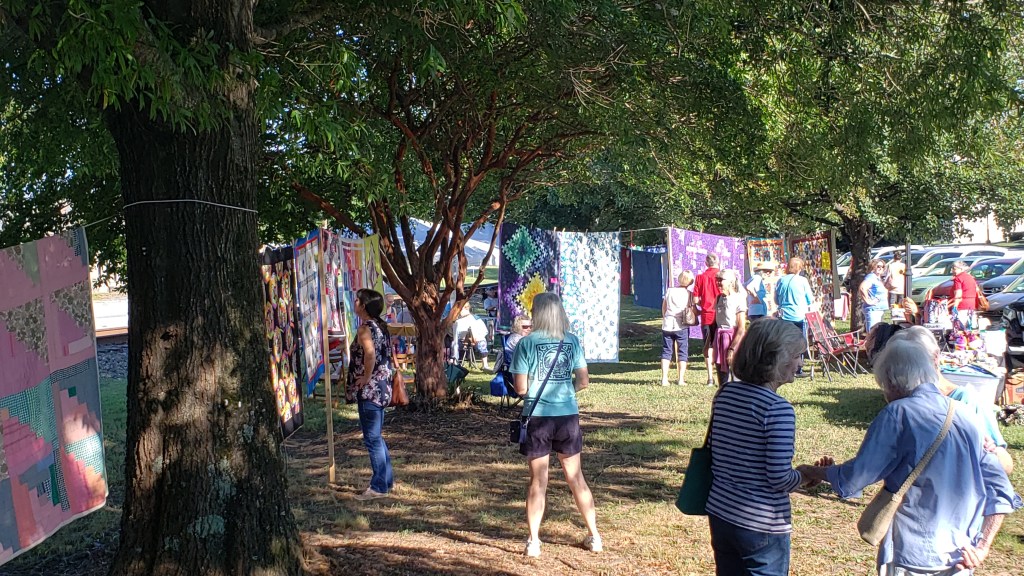 Airing of the Quilts held Saturday

LANDRUM––Saturday morning, the Landrum Quilters hosted their biannual Airing of the Quilts. Not only was this a fun, family event for the community but a symbol of what Suzy Manning calls our “ancestors’ tradition.”

Manning, Vice President of Programs for the Landrum Quilters, says that the Airing of the Quilts is an old tradition that has existed for generations.

“Every so often, they would have an airing of their quilts. They would take all the handmade quilts out of their homes or cabins and hang them outside to freshen them,” she says.

Every other year, Landrum demonstrates that and symbolizes their tradition by hanging quilts along Trade Avenue downtown for the public to come out and see. Landrum has celebrated this tradition for the greater part of 20 years, Manning says.

Those in the Quilters guild were on Trade Avenue Saturday morning from 8 a.m. to noon with other handmade goods to sell. Several quilts were also for sale at the event, while some were for show only.

During the intermittent year, she says that they host a quilt show. The upcoming quilt show will take place at Landrum Middle School in 2023.

Manning says that this event is a great opportunity for the Landrum Quilters to demonstrate an old craft and show the community their love of quilts.

The event was sponsored by the City of Landrum.