Making the Grade: Fundraiser to fight cancer to be held this September 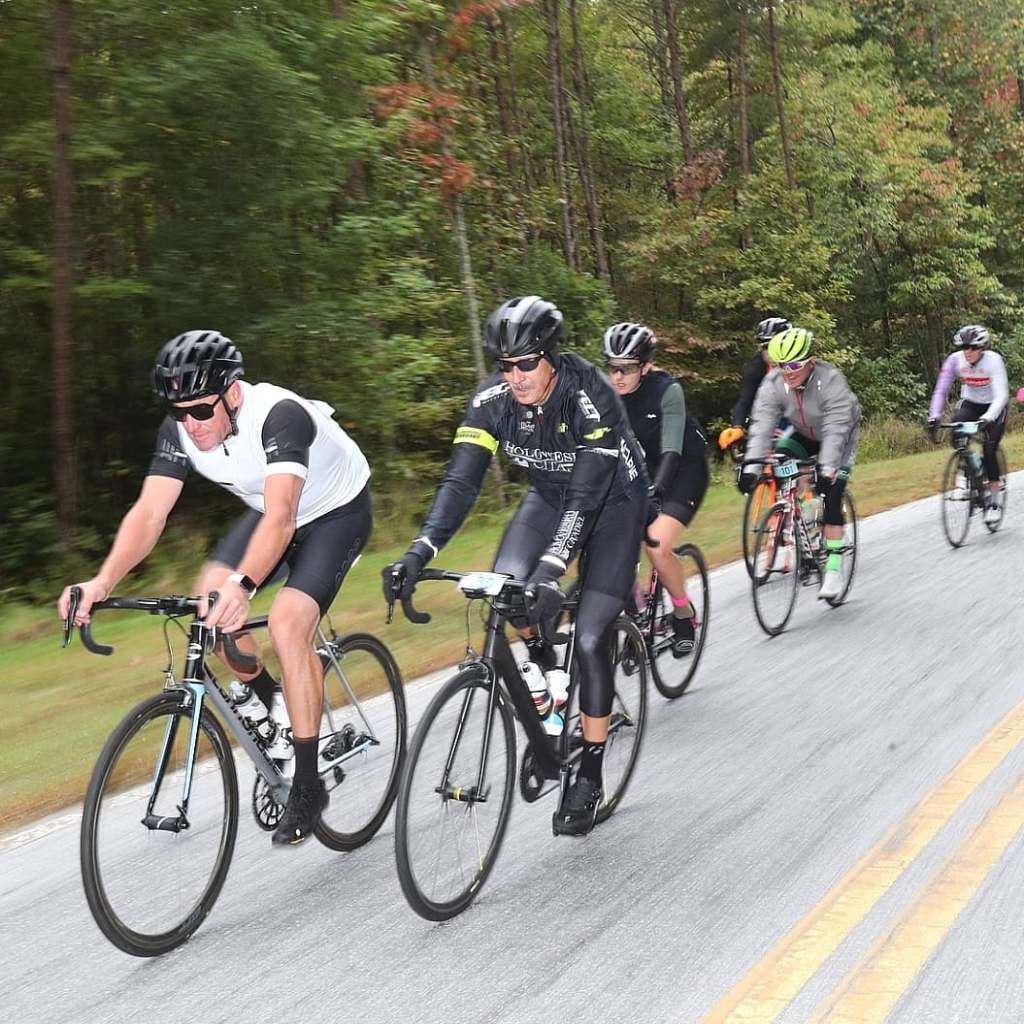 John Cash and Lance Armstrong rode side by side during the 2019 Climb to Conquer Cancer fundraiser. (Photo submitted by John Cash)

TRYON––Area cyclists and residents who want to help fight cancer through a local fundraiser will have an opportunity to do so next month at the 12th Annual Climb to Conquer Cancer Ride.

John Cash, cycling enthusiast and owner of Nature’s Storehouse in Tryon, began this charity twelve years ago to raise money to conquer cancer.

The ride will begin at 8 a.m. on Saturday, September 17, at Caro-Mi restaurant. Riders can choose to ride up to ten times up and down the Saluda Grade to raise money to fight cancer. All proceeds go to Gibbs Cancer Center Survivorship Program, as they have every year since Cash began the fundraiser.

He says that years ago a lady who was a cancer survivor asked him how many times he could cycle up and down the Saluda Grade. “For every time you do it consecutively, I’ll give you one hundred dollars,” she’d told him.

Cash’s response was ten trips up and down the Grade, earning one thousand dollars, which he gave to Gibbs Cancer Center at Spartanburg Regional Hospital.

“That’s how it started,” Cash says.

In July of last year, Cash suffered serious injuries from a bike crash as he came down the Grade. His injuries kept him from cycling for months. However, he says, “We’re doing this for survivorship for people who have faced and gone through cancer. If they can go through that, then I can get back on my bike and do this for them.”

Cash says he is feeling good about this year’s ride, and despite not being completely over his injuries he says he will personally be participating.

Typically, 20 to 40 riders show up for Climb to Conquer Cancer, and anywhere between $7,000-$10,000 is raised each year. Also present at the fundraiser will be Stacy Williams, Survivorship Coordinator for Gibbs Cancer Center. In addition, there will be members of Freewheelers of Spartanburg coming to join the ride.

Cash thanks Caro-Mi Restaurant for allowing riders to meet at their facility, as well as Buck’s Pizza for providing food and refreshments.

“My passion is the same as it was twelve years ago––making a difference in people’s lives that have been affected by cancer. That’s just as strong as it was the first time we did this,” Cash says.